I auditioned a few weeks ago for a short film and got an email back saying;

“I thought your performance was really strong but I have now cast for the role of Kxxx. My decision was mainly based on the chemistry between the actress and the boy playing xxxx.
I hope you don’t mind but I have shared your details…”

Whilst it was nice to get acknowledgement of any kind, I just thought another one bites the dust.  I dismissed it and saw it as an excuse to not book me, I didnt really even read it fully, I only saw the negative, that I didnt get it. However I received an email then from another short film maker.

“I watched your audition video/heard you were great so I just thought I would drop you an email to see whether you would be interested in.. “

I met up with her and ended up filming the short ‘The Redfords’ two weeks ago, it looks great and I am looking forward to the screening and whether the director can get it into any film festivals. The pictures below are on set. 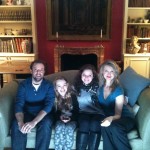 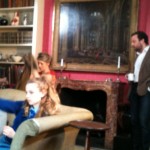 My standard negativity about getting work that I haven’t generated myself has, for once, been disproven. Wow, maybe the first director had meant what she said, that she did think I was great. I then went back and reread the first ‘dismissing’ email

”I thought your performance was really strong”

I had not even read the opening sentence properly which did say something positive, one director to an actor saying ‘you were good’. I didn’t even hear it!

I think its super important as creatives to hear the positive and not just the negatives. We get so many no’s.

“No you are not right for this part”,”No the spot went to someone else”, “No the funding went elsewhere”, “No we have no interest in that..” ‘It’s not quite what we are looking for” ‘It doesnt fit within our vision”

and of course the really common No of silence, when you have written, approached, auditioned and then nothing…..

Your 13 minute task for the day (if you choose to accept it).

Build a file of happiness

*Set a timer for 13 minutes

*Go hunt for positive comments, reviews you have had. Have you received thank you cards as they give at the end of the performance? Where are they

* Reviews if you read them (that is another blog post to come!)

*If it was a verbal compliment, write down your best recollection of what was said to you by a friend,  work colleague, a respected peer.

* Did someone come up to you and say how much they loved a piece of your work, made them think, bought it, how it touched them? Write it down.

*Either collate them all together in a folder on your computer called ‘I am great at ..” (fill in your artform) or (my preference) keep them in a box so you can physically handle them and re read them when you feel low.

*Extra bonus points for making a collage or photo frame with them, hang up the cards, create a ‘I know what I am doing” space for you to see and keep you moving forward.

*Once the timer goes off you can stop. You can choose to return to the task every day for a week, again for 13 minutes until you have filled up your ‘I am great at…”

* Keep adding to it, Even little positives can all add up to an avalanche of ‘yes this is what I am supposed to be doing with my life, yes it makes a difference”

Yes I am doing this today too so join me 😉 Let me know how it feels and what emotions it brings up. 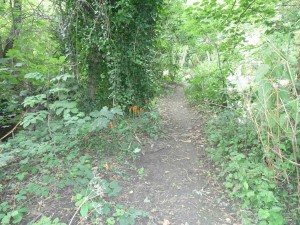 The way ahead, and spotting the new blooms peeking out from the hedges.

Welcome to my first post of my updated blog on being creative, from that initial sparkle of the thought ‘I could’ to actually... 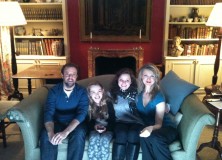