Post 28 of Dream, create and make money in the arts – My Series on becoming a Successful Creative

Part 2 of ‘Are there any props or images that define your event or show that you can use to base merchandise on to cross promote?’ Part One

It is all about buy-in by your fans, and whatever extra merchandise you can release helps this sense of community.  As with Van Halen T-shirts, Gucci handbags or Skater shoes it creates a sense of belonging to a tribe you choose to be identified with. Just as Lady Gaga has her loyal tribe of Little Monsters, so the more you can engage your supporters the better, and this does not have to be confined with pop music. Look at Tracey Emin and her following. You can buy a Tracey Emin cat mug from the Royal Academy, interesting since so much of her work is about sex and the naked female form. I actually own a fabulous limited print of hers and I did indeed toy with the idea of buying the cat mug 😉 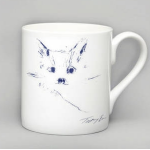 I had some ‘If You Can’t Make Love, Make Coffee’ mugs made when I released an album of the same name. Jerry Leiber (as in Leiber and Stoller, the famous songwriting duo who penned such classics as Jailhouse Rock and Stand By Me) suggested the title and I ran with it. I was there as a guest in his home whilst I was mixing my album in LA at his son Jed Leiber’s recording studio, Jerry asked what the album was about and where I saw it being played. Having heard my response, whilst he cooked us steak to perfection, he came out with the title. Not only have I a great story to tell but a great marketing device too. Plus a mug is always used so I am a constant reminder in some people’s kitchens. I could have taken it further still and released a double mug, CD and coffee beans with it 😉 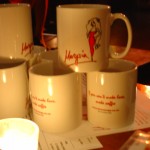 (There are only a  few left I am willing to sell, as I feel I will always need a few in reserve. When I am 80 I still want to see that mug and smile 😉

So if you are exhibiting a series of paintings based on horses, could you destroy some ‘My Little Pony’ dolls and re-create them and auction them off as one-off items at the opening?
If your show is about dating, maybe have some heart badges that flash when your temperature goes up when you meet a cute stranger, you could argue it’s the ultimate flirting badge.
If you have written a dark gothic tale where blood is an important element, look at how HBO had ran ‘ads’ for True Blood, a product that didn’t exist before Charlaine Harris came up with the idea. Yes you can indeed buy Tru Blood, here is the link to prove it! 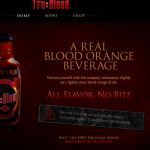 (Yes I know some of these are silly ideas, but they are just to get your mind thinking. Just think how the Rocky Horror Show has ran and ran, largely because the fans love to get all dressed up as the characters and then go to local stage versions, where they all sing and dance along. The official website here lists European dates and you can buy a feather boa on the site as well as  40th anniversary Tshirts.

Or the SING-ALONG-TO-THE-SOUND-OF-MUSIC, which has to be experienced where you get dressed up as Maria, a nun or indeed a goatherder and sing along to a karaoke cinema version. They sell the DVD with the sing-along-lyrics embedded as well 😉

Part 3 of this comes tomorrow 😉 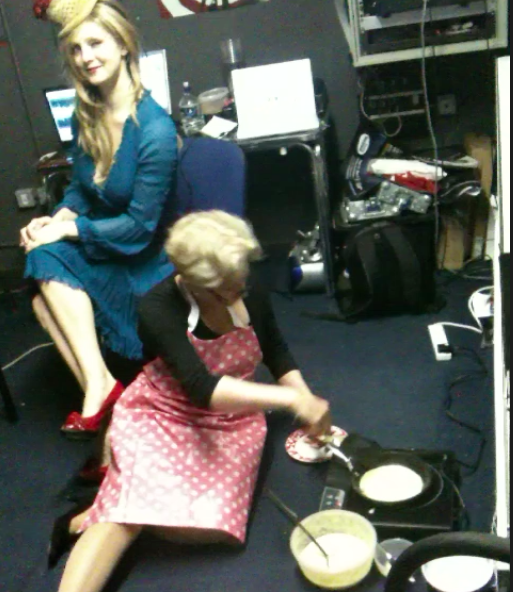 Post 27 of Dream, create and make money in the arts – My Series on becoming a Successful Creative Continuing on with... 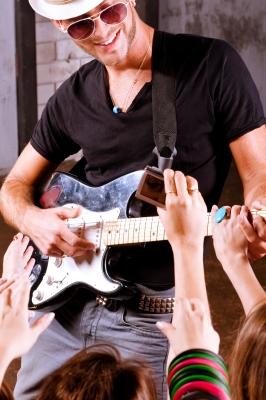