Lessons from Kickstarter on using merchandise for fan buy-in

Post 29 of Dream, create and make money in the arts – My Series on becoming a Successful Creative

Part 3 of ‘Are there any props or images that define your event or show that you can use to base merchandise on to cross promote?’ Part One  Part 2

Kickstarter has used this idea and ran with it as the more you invest in a Kickstarter campaign, the more exclusive products you get.
For example  you look at the Kickstarter Campaign for Code Monkey, where they raised $340,000, apparently the idea came from a Tweet from Greg Pak, having listened to some of Jonathon Coulter’s songs.  A Tweet then turned into an idea, and a full blown Kickstarter campaign with money just pouring in.

If you look at their campaign in detail, the more people donated the more exclusive the items they got, so a signed musical score sheet at medium donations levels, $130 or more got a “CODE MONKEY FIGURINE DIY KIT plus BOOK & MUSIC”, at $250 or more they got a “Super Insider Secrets Look” at the whole process and so they got the whole scripts ahead of time. At $500 you could get your child’s likeness drawn into the Princess Book. The limited edition of this made each one even more desirable. 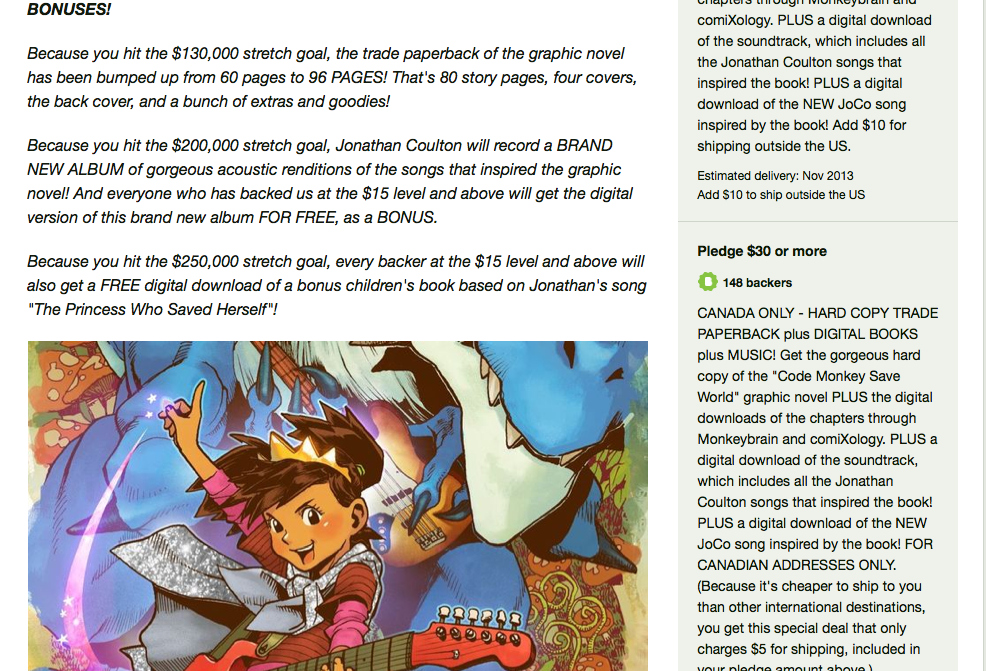 They had raised the initial requested amount in 12 hours. Greg Pak and Jonathan Coulton added a stretch goal once they saw how much money was coming in, a second book, “The Princess Who Saved Herself”, to their collaboration if the campaign reached $250,000, which of course it did.

This use of marketing objects or images doesn’t need to be expensive marketing, nor indeed is this a blog post re Kickstarter. However the more you look at how successful creatives think outside the box, the more you too, my fabulous creative reader, can do the same ;-))))  (yep I am now sounding like an early Mills and Boon – who famously used to finish the romances with a ‘Reader, I marred him’. Just get the glue and scissors out, or have just a limited run of things made and then let the local or national press have some to run competitions with along with free tickets.

If you want to know more on this Chris Brogan in his fabulous podcast, The Human Business Way, did a great podcast interview with them.

You may also wonder why I am mentioning this now, before we really get into promotion of the show posts which will come later down the line, but if you are going to have branded or linked products, images or symbols, these need to be incorporated into the flyer and email in an imaginative way either just as a subtle symbol or alternatively blazoned everywhere if it fits 😉 Plus whilst you are focused on how best to sell your show, your creative brain is probably starting to churn crazy and not so crazy ideas. Work out what is realistically doable 😉

This is a lovely, funny documentary called Troupers which is a profile of 12 actors over 80 in Hollywood, performers who beat... 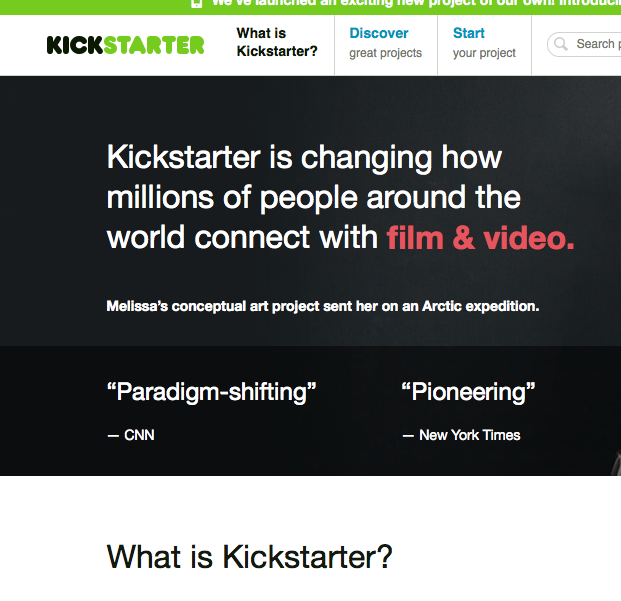