Post 31 of Dream, create and make money in the arts – My Series on becoming a Successful Creative

Following on from my previous post on networking and collaboration, this idea that all creatives are holding daggers at each others throats as they battle to get sales and press is yet another load of bunkum made up by the press & ‘society’ to further stop us creatives from fulfilling their dreams.
Van Gogh painted his famous Sunflower to impress Paul Gaughin, the artist who spent summers with him in Arles, South of France.
‘The Giant’ was a great play Sir Antony Sher wrote with Gregory Doran (RSC) directing about Michaelangelo carving the statue of David, with Leonardo Da Vinci wandering in and out to motivate Michaelangelo as he struggled with his homosexual lust vs his Christian faith. I am not sure how many liberties where taken with the history of these two artistic giants who were around at the same time 500 years ago in Florence but it does demonstrate a great underlying truth in the arts, that we need other artists, as generally only they understand the creative struggle in a way that friends & family often don’t.
Whenever I am doing a play or film, working with a company of actors I always learn great tips of what is happening, what new theatres and shows to look at and where to look for castings. We are all happy to help each other. Any film or TV set  ‘Green Room’ is rife with advice, stories and us all taking notes into our iphones.
In the podcast interview I did with Richard Thomas, writer of ‘Jerry Springer the Opera’, ‘Anna Nicole the Opera’, ‘Shoes’ among others, I interviewed at the same time Aletta Collins the choreographer who worked with him on two of the aforementioned  projects. They are now both working on the musical version of ‘Made in Dagenham’, I don’t know whether they were booked separately or together but they have obviously developed a short hand way of working well together. Richard Thomas also had worked on Jerry Springer for a long time before bringing in Stewart Lee to hone the final version. 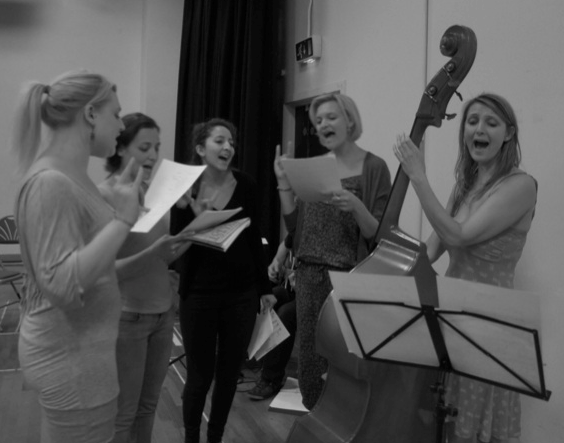 Me teaching ‘Mr Sandman’ to my co-stars, a joint musical number

Other examples are Johnny Depp & Tim Burton,there is even a wiki on their collborations from Edward Scissorhands, Sleepy Hollow, Charlie and the Chocolate Factory, Alice in Wonderland, Corpse Bride, Sweeney Todd and Dark Shadows, no doubt there are more to come.

Mike Leigh the director is renowned for his collaborative work, I went to see his ex-wife and long time collaborater Alison Steadman speak on acting recently ‘Improvisation is the key to acting’ she said.
Mike Leigh on collaboration and improvisation with his actors
“The world of the characters and their relationships is brought into existence by discussion and a great amount of improvisation – that is, improvising a character. And research into anything and everything that will fill out the authenticity of the character.” It is only after months of rehearsal, or ‘preparing for going out on location to make up a film’, that Leigh writes a shooting script, a bare scenario. Then, on the shoot, on location, after further ‘real rehearsing’, the script is finalised. “I’ll set up an improvisation ,… I’ll analyse and discuss it,… we’ll do another, and I’ll … refine and refine… until the actions and dialogue are totally integrated. Then we shoot it.” from wiki

How to create a supportive group of creative friends 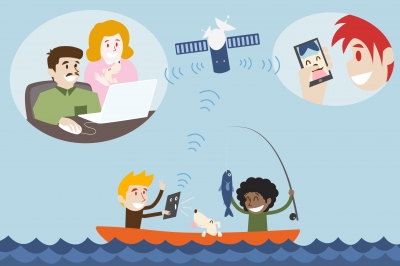 Post 30 of Dream, create and make money in the arts – My Series on becoming a Successful Creative A great way to build... 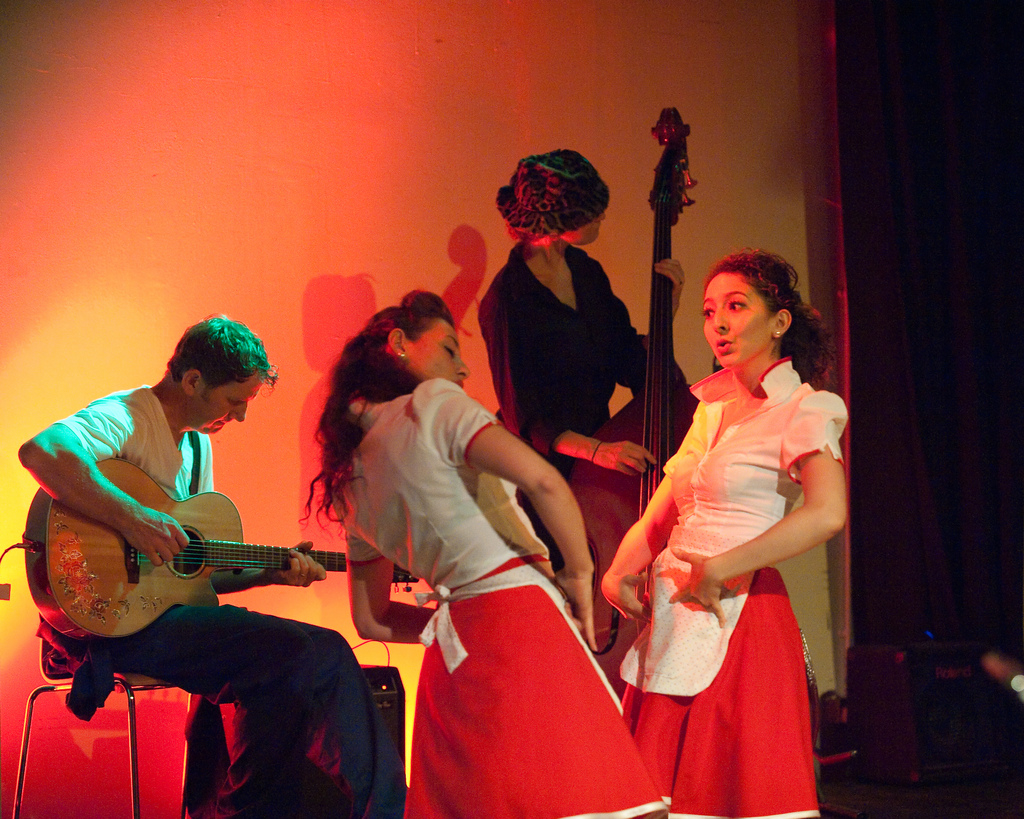