Exhibit your work / Series on Becoming a Successful Creative / July 11, 2013

Post 39 of Dream, create and make money in the arts.

Before I get into this next post on venues, I want to say that today I booked a music video for a very popular band judging by the 300,000 views on their YouTube videos. Also it was confirmed yesterday that I  could not do some fabulous theatre because the rehearsals clashed with some filming I am doing. However I got a call earlier today from a director I auditioned for a few weeks ago and i have been offered a truly great part in the Seagull. There is no way I could have done both theatre roles and I love Chekhov. It is profit share but a very wise and experienced actress once said to me the only reason you ever do profit share (aka free) theatre is to play a great character or to have an experience you never have before. This is a truly great character and the great benefit about no longer being a mid 20s actress with all the competition, is that the older women roles are fabulous characters to get your teeth in. I LOVE my emerging wrinkles 😉

Venues to make you go oooooh

Get a venue that makes sense and if at all possible, unusual. Just by looking in local press  and see whats on or walking around your area try and see if you could make the local park, playground, pub or old sugar factory into something special.

The Edinburgh Festival grew from lots of local pubs hiring out upstairs rooms & locals renting out their lounges for comedy nights & plays.

Outdoor spaces – think on the weather but this can really add a lot of extra atmosphere.

Farmers fields (think Glastonbury) or your back garden, the local community spaces such as allotments & village greens.

Use a barn for a music event, I will never forget being at a late night barbecue with Argentinian polo players strumming guitars around a fire whilst the polo ponies watched us dance from their stalls.

Art cafes, bars & restaurants – clear space at one end or on a higher level for a stage or exhibition.

Local museums or civic spaces – libraries’ remit is public space & many are open to new ideas such as the Pop Up theatre I have been involved with in North London. Podcast and blog on it here

A local skateboard park; have bands there, food stalls & an old fashioned Fayre. Mix a cider festival with bands, art work & a comedy night. Play the Pied Piper through your town & lead them into your event.

Using the whole venue including the toilets, bar, the street outside as well as the main stage such as the amazing ‘Masque of the Red Death’ at   Battersea Arts Centre.

Immersive theatre such as YouMeBumBumTrain, (their website) I was in one of these – I played bass guitar in the ‘band’ for the ‘TV show’ where the audience members or passengers as they were known stumbled on stage & had to be the TV presenter interviewing sometimes very famous people. So as the bass player I had to play the show music, the intro to the guest music & the outro music – great fun, though after 100 times one night (or so it felt ) it was exhausting. The audience loved being the performance. Each of the shows has many different experiences for the passengers and the speed of change as well makes it a truly life changing event for them.

As I have spoken about before, if you are doing a joint show with other artists then there are more connections to mine; maybe play jazz as people come to an art exhibition & get a VJ afterwards with a magician.

Oil paintings of horses & women (not necessarily together) always sell well at horse racing events especially at the end of the day where winnings have been taken & the alcohol has been flowing. Horse themed cupcakes would be a winner at gymkhanas. So look at what is going on locally & see how you can integrate your event into an ongoing venue if you dont want to do all the hard work yourself 😉 Plus you can get into their press machine as well and be mentioned in all their marketing efforts, offer to help with their social media or set up their Twitter account for them 😉

Here are my  highlights of the  Q&A  I went to last week with Dennis Kelly and led by Chris Campbell - literary manager... 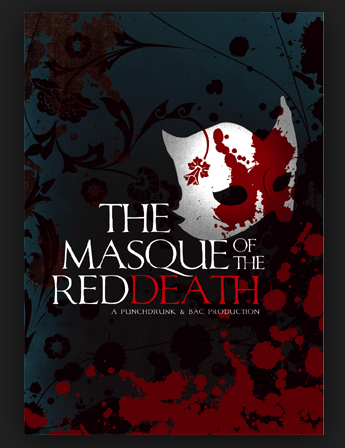