I popped to the Actors Centre last night  to catch the sold out last night of the fabulous ‘Tragedy Of Mariam’  at the Tristan Bates Theatre. It is the first stage version of this tale wrote 400 years ago by Elisabeth Cary, the first play written by a woman. She was a contemporary of Shakespeare’s but apparently wrote Mariam only to be read.

I remember hearing Ricky Dukes, the Artistic Director and Gavin Harrington-Odedra , the director a month or so ago talk about putting on a  play  without actually knowing why it had never been performed before. The tale of jealousy leading to Mariam, wife of Herod, being put to death on her husband’s orders is couched in often rhyming couplets and the ensemble piece used song well to move the piece forward. There was also some fabulous ‘business’, I think in particular of the women’s response to the news of Herod’s unexpected return, how it was staged with the restlessness of the cast.

It was lovely to see a ten strong cast of women with just Herod the token mad man. There are some great speeches for those looking for unknown classical monologues 😉 The production had shades of the Greek chorus, mask work, use of the audience and scheming women capable of Iago’s worst. It was lovely catching the odd phrase I assume is ‘Shakespearean’ but was no doubt standard terms of the day, or one he himself had made popular such as ‘froward’ deepening those shades of the Taming Of The Shrew and the connection of playwrights freely taking on the big tragedies. 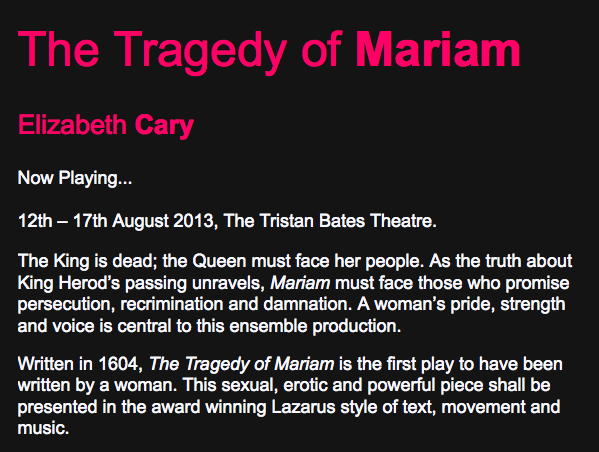 I ended up chatting to a lady who had come all the way from Israel to review it, so interesting is the piece.  It has deservedly had some great reviews and proves that the award winning Lazarus Theatre company’s  continue to make great theatre, they are releasing a casting notice on Monday for their next play. They are doing both The Spanish Tragedy by Thomas Kyd and The Merchant of Venice before Christmas.

Run a successful Kickstarter campaign; have a 'Master of Explosions' pledge 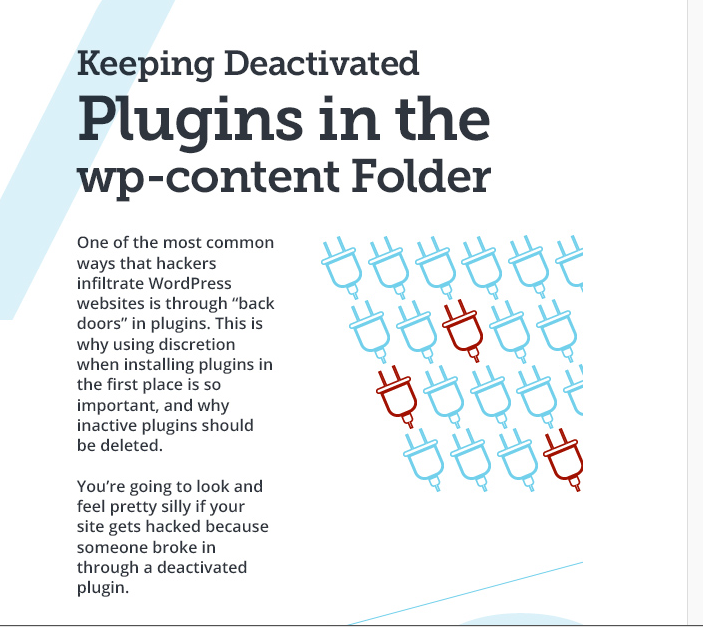 This may seem a little off-topic but this is a great Infographic from Copyblogger that I need to go through and check my site,... 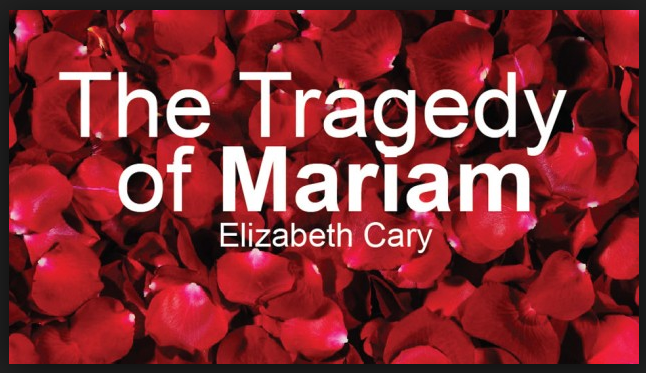