David Monteith ‘A bad day acting is better than a good day doing anything else.’

Podcast 30:David Monteith, award winning podcaster, actor, director and tutor. I did a class with David years ago on podcasting and also used to be in a singing class with his now wife Siobhan. David is an award winning podcaster ‘Geek Syndicate’ who also acts, directs and teaches. He has just been an understudy in the West End play ‘Fences’ and directed Monteverdi Orfeo for Isleworth Baroque to great acclaim (‘best production they’ve done in 10 years’ was his favourite review).. He was on the committee for the British Comic Awards (as in comic books) and hosted the award ceremony. He also interviewed the ex Dr’s Colin Baker, Sylvester McCoy and Peter Davison and current writer/producer Steven Moffat at the Dr Who 50th celebration last weekend.

‘Best way to network is to be really good and be really easy to work with’.

‘If you make space and open it up to the universe, then take that step of faith, If you don’t make the space, what is going to come along to fill it as it is already filled with whatever nonsense is there to buy food.’

Before we get into our conversation I am doing a free workshop on ‘Five Ways To Blast Through Creative Blocks And Get Your Project Done’ this Thursday, details here. 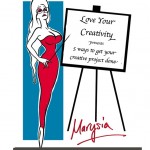 David started podcasting 8 years  ago, him and his friend recorded the first one whilst drunk on very expensive whiskey, within 3 to 4 years they has 2000 downloads a week. It has taken him places he would have never have been otherwise. There is a podcast network of ten to eleven under the umbrella of Geek Syndicate, back in the early days first people would ask about the name and then they would ask ‘what is a podcast?’, that was where they were when it started, noone then knew.

They got nominated many times for the podcast awards but kept being competed against a Harry Potter podcast. They did win eventually in a different category
David has been understudying in Fences, a West End play which Lenny Henry stars.
He teaches twitter, podcast and acting classes of various levels.. He was in Jamaica for a year in 1999 and was thinking he wanted to be an actor. He returned to London and was drinking with a friend in Soho, saying ‘I want to act but I think I’ve left it too late’
This drunk guy who was standing next to them went ‘F*** Off, I am 40 years old and I am doing a part time acting evening course at the City Lit’, so David went off to that and now he teaches that very course 13 years later.

5 years later after the evening class he left to act, ‘the scariest thing I had ever done, I had a job and no idea what would happen after’

‘Stuff is waiting to happen but you can’t see it if you are too busy getting in with normal life,’

I said as as an actor you can create drama in life as opposed to be on stage, be unnecessarily dramatic in relationships, when you clear the rubbish out, then drama gets back to where it belongs on the stage.
David thinks he is there again, he is teaching so much that he needs to make space for his acting again.

‘Feed yourself as well as others.’

Siobhan, his wife is a fantastic classical singer so she and a friend asked David to oversee/direct a project. He was very ignorant on the world of opera and he thought they were all fuddy duddies but realised he was wrong having met Siobhan. They asked him to direct them and he wasn’t sure he liked opera anyway. However they asked ‘can you bring a sense of theatre to it?’, and off they went. He now teaches bringing a sense of acting to the performance, He often finds people are singing words they do not understand without any idea of what they mean.

If you ask a writer for advice ‘just write something, the act of writing invokes something else, and gives ideas. Sometimes you just have to do stuff’

I talk about my jazz album from years ago and now one of the songs Londontown has a dance remix, and we are planning to release a dance single. Weird how creativity can evolve.

Talking about Fences by a black American playwright August Wilson, each play set in a different decade in a cycle of 100 years and this is the one in the 50s. It is about fatherhood, fidelity, abandonment. Directed by Paulette Randall directed it was at the Duchess Theatre starring Lenny Henry.

He loving finding new meanings in the writings as the play goes on.
The real learning curve is being an understudy, this idea that you try to get the job ‘cos you are not a good enough actor. It is wrong as you are asking people with very little rehearsals to go on stage. Very interesting experience.‘
I say how Charlotte Sutton at the National always says that you need to let her know if you are happy to understudy. Some actors I know are understudying massive names.

He has learnt a lot. He has got to do a great part in a really good play in the West end so he has to remember to count his blessings plus he has made connections. 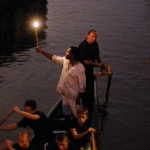 Q: I asked for any tips to keep you going in despair, crazy or triumph?’

‘A bad day acting is better than a good day doing anything else’, when he has a bad day acting he reminds himself that he can’t imagine going back to a 9 to 5, what he does as a creative will not save the world’,
He says ‘You have to do it for the passion, can’t do it for the money, and then hopefully the passion will bring the money. If you lose the passion you appear dried out.’
Don’t be satisfied and wait for something, keep pushing forward ‘oh I have done this, you can’t wait. The passion that got you there has to be the passion that drives you on. Look at everything in life with that passion, people are fascinating, and as you get what pushes and pulls people you learn also about yourself. What keep you going is different for everyone. ‘
Some writers hate writing but love having written.
David hates learning lines but he knows he will love having performed it.
‘Search out, no matter how the dark night gets, find that joy, the hardship is temporary, find the joy.”

Barry Nugent whom he does his podcast with, Barry said ‘when it stops being fun we won’t do this anymore’ and what a great thought.
‘Are we enjoying what we doing even if there are rough spots on the way? If I can find a smile, then I am gonna be ok, if I am gonna be ok then I am ok’

David contact details Social Media has supported his career in all areas
Great website ‘About Me David’s About Me page everything he does is linked to that. short bio/showreel…..

Things are hard now, recesson brings down, so so many actors are acting, writing, producing, directing.
He is involved in a webseries as well.

Network – David hasn’t networked on purpose but ‘if you get the chance to meet people then don’t turn it down, surround yourself with positive people and a good idea.’

David says that as a creative struggling to get somewhere you have to engage Social media, You can put out the right message about yourself, don’t put up pictures of your food! it s a tool, use it well.
Job;s board at Geek Syndicate

If you liked this you may want to look at

How to be a successful working actor with Ken Collard

How to be a successful artist with Liz Ranken

10 Tips from a casting director, agent & a working actor.

My ebook has landed 😉
Get Your Art In Gear; 60 Ways to Fulfill your Creative Potential.
I am launching it this Thursday to coincide with my very first free webinar. There is a discount code which I will give to webinar listeners (there will be a replay) or all else fails just email and I will probably let you have it 😉 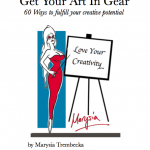 It is full of tips, hints, exercises and essays all calculated to stop you procrastinating and get moving and finish your project. Whether you are an artist, an actor, a writer or a musician the whole ebook is about
About Marysia and Love Your Creativity
I blog at least three times a week on creativity and techniques to get your art on.
Whether you are a musician, an actor or a choreographer I endeavour to make  my blog  a place to come for inspiration and motivation.

I also podcast interviews and this weekly newsletter via podcast.

I am master of my fate..Barack Obama's address at Nelson Mandela's memorial

Winning the fight vs technology to bring you a free workshop!

I am master of my fate..Barack Obama's address at Nelson Mandela's memorial 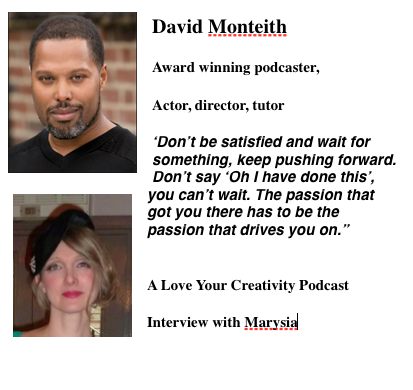