Sir Derek Jacobi’s answer to me on reviews

I have been restless recently, working on getting my new showreel out of the door and not blogging. I have some big dreams for 2014 including doing lots of great acting projects, writing & filming my own series this year, finishing draft one of novel three, getting novels one & two out of the door probably by self publishing, a new agent and a couple of singing projects this year and all this ‘wanna’ activity in my brain is stopping me being all that productive.

I have just read ‘APE: Author, Publisher, Entrepreneur: How to Publish a Book’ it does give me hope and  a sane roadmap to follow. However I still have to take the steps forward to make any of it happen.
As often happens with us creatives there is a build up of tension, of the need to move on our projects yet we almost stall at the beginning, we know the work ahead is going to hurt.

Part of this is fear, fear of whether it is any good, fear of what others may say.  I went to an Actors Centre Q&A last week with Sir Derek Jacobi, the actor (I, Claudius, The King’s Speech, Gladiator and of course Dr Who) who started off by saying how he has been dogged by good luck, indeed his autobiography is titled  ‘As luck would have it’

He was a fabulous raconteur but the one story I knew I needed to share was when I asked him if he read his own reviews.
(Friends & long term readers will know I have a firm ‘no reading of reviews’ policy and actors, directors and writers in plays I am in often find this interesting. In some cases my ‘no review’ reading or repeating has been declared by some as me coming from fear. Unfortunately for anyone who disagrees with me in future will get the response ‘well Sir Derek Jacobi told me…‘ Yes I may well become insufferable !!)

Anyway back to Sir Derek’s response to me 😉

‘I always used to read my reviews but then one night we were opening ‘Black Comedy’ by Peter Schaffer, I was with Maggie Smith and Albert Finney at Chichester. The play was not well known at the time and the audience loved it and gave us a standing ovation.
The next morning I had to be at Shepperton Studios very early as I was filming. Sir Laurence (Olivier) was sat there with all the papers  in front of him and he said to me as I came in, ‘Derek, don’t read the papers.’
I did as I was told but did worriedly ask the other actors there on the film set if the reviews were bad. They said that they were good so I just got on with filming.
I didn’t read a review then for years until I was at the Barbican in Cyrano de Bergerac, playing Cyrano de Bergerac. The morning after the opening night, which had gone well, I was driving and a copy of The Times lay on the passenger seat, I knew there was a review in there, it was almost calling to me. Eventually I buckled and opened the paper, the review was by Irving Walsh and started..
‘Once in a decade an actor is born to play Cyrano de Bergerac. Derek Jacobi is not one of them.’
I haven’t read a review since.’

Sir Derek went on to list some of the reasons to not read reviews, all of which I have espoused myself: you only remember the bad ones and never the good ones, after a good review  you go out on stage and try and act the review, after a bad one you still have to go on stage and do your work.

He mentioned again why he still wants to be in Corrie, (Coronation Street for non UK readers), it seems he is mentioning that a lot!

I mentioned Sir Derek’s words to a great friend of mine, the songwriter Victoria Horn who reminded me of this great saying

So I am feeling re-energised and ready to get back out there, I have made an mplicit agreement that work on my new comedy character will indeed commence on Monda.

So how are you doing with your New Years resolutions? I have been supporting mine with chapters of  ‘The Willpower Instinct’ which is full of great facts & science about will power.
Three ways to strengthen your will power are meditation, physical exercise and plenty of sleep apparently, so I am aiming to do all three on a daily basis.

Let me know what you are aiming at this year 😉

I am aware I have mentioned three books in this post, I have been reading a lot recently to get my headspace moving forward. Although I found a book last night that has frightened me as to what I need to do to improve my productivity. If I can muster up the courage to follow through I will let you know 😉
“Image courtesy of Grant Cochrane / FreeDigitalPhotos.net”. 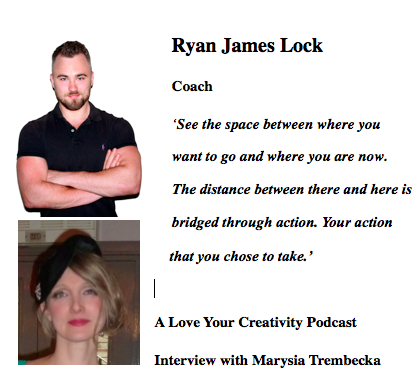 Marysia with Ryan James Lock Coaching Audio Session 0010 ‘See the space between where you want to go and where you are now. ... 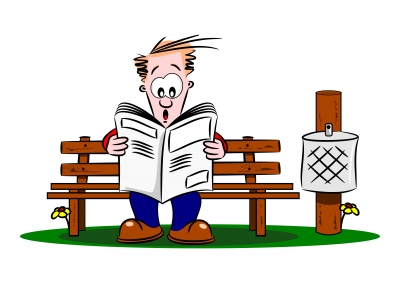