Have you worked with a director, producer, collaborator or creative partner that even now when you think of the experience you roll your eyes, shudder and vow never again? Yet still you ignore the early warning signs of the next incoming crazy-maker with an amazing sounding project who steams into your life and yet again you chose to get involved in a project with far more drama off the page, stage or set than in it. Such projects rarely get finished, marketed well if at all or even have a life after the drama of the making of the actual project is done. Everyone is probably so exhausted they can’t bear to keep going! This applies to band members, film cast and crew, fellow artists, working in collaboration to help people finish or put on their work, anything where it can take at least two humans to get the project done 😉

You can recognise crazy-makers by

(This list is also worringly sounding like some of my ex drama queen friends and ex lovers behaviours as well – hmmm!)

There is this stereotype of the ‘crazy’ artist, Van Gogh being the ultimate, but also the crazy possessed filmmaker, producer, singer, actor, writer who drinks all night, has tantrums, talks big and only occasionally produces something. Actually the ones who just get their heads down & do their work are the creatives that emerge with lifelong careers of sustenance.

The more professional you behave in your creative life, the more organised you are, the more respect you have for your fellow creatives the more you get done, get finished and have the full support of your community for your next project.

Joss Whedon (Buffy the Vampire Slayer, Angel and Firefly director) made his award winning and brilliant ‘Much Ado About Nothing’ in a two week gap whilst editing Marvel’s The Avengers, do you think he has time to be inefficient? an interview here with him for Fast Company. Ernest Hemingway wrote regular set hours  daily before the drinking and the latest lover drama commenced at cocktail hour. 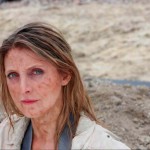 Shudder Production stills of me as a war photographer, yes that is real dirt! 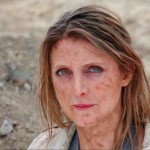 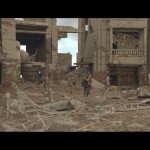 It’s not always about money either, I did a super low budget short film Shudder (see stills above) that was amazing which had gathered Kickstarter funding, had call sheets sent out in plenty of time and was a fully organised shoot despite the masses of crew, lighting, set demands. Everyone on that set gave their everything to that shoot and it was all about making the dream a reality. They were all professionals as with the BFI 48 hour film challenge I did three weeks ago. So this is not a call to never give your all or only do paid work but to only work with professionals or good amateurs who respect your space, your time and your energy. Then you can make beautiful work together and will fight til the end to get the project out there and seen.

With both these projects I loved working with great professionals and can’t wait to see the finished projects but both of the directors, producers and crew were as far removed from crazy-makers as possible. They dreamed big but had the experience, calmness and mental headspace to respect everyone, get the best out of everyone and not cause drama in what is already a stressful environment. Yes locations and dates got changed, time pressures were huge but there were no unnecessary emails, late night texts or crazy tantrums from anyone!

Shots from my recent 48hour Sci-fi Film Challenge, the great crew are currently editing it to make a longer 8 minute version for film festivals and I will be with them all the way in helping where I can. It is called ‘The System’ and the production company is Oil Painting With Crayons! 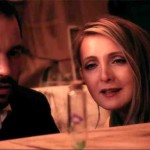 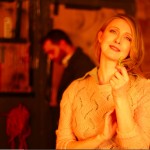 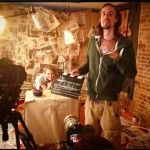 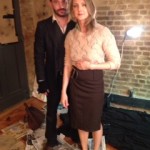 My Day 3: Saying No the crazy-makers

Today I said no to even auditioning for a short film. I no longer do unpaid work unless it looks amazing or with friends I wish to support but this project had an interesting premise so last Tuesday I agreed to audition  for a 9 days later audition and a script was promised in the next day or so. 4 days later on Saturday late afternoon I get a text from the producer saying ‘sorry the script is late, I have sent it now.’

I responded saying ‘Thanks and I will read it’. Of course an audition date has already been set 5 days hence so I am not seeing any emergency. At 8 minutes past midnight I get a text from the producer asking me if I like the script and want to still be involved? In a normal business world a CEO or a recruiter would not text an employee after midnight without an incredibly good reason, let alone one who has not been hired yet!

There is never a reason to send a brand new work connection a text after midnight when I have not yet been cast and an audition has already been booked for days in the future. If we are shooting tomorrow or there is an audition the next morning then yes, but an overeager producer texting an actress at gone midnight on a bank holiday weekend? This yells crazy-maker to me. I however waited til the next morning and responded I had been busy and would of course read the script as soon as I could. 2 more texts came demanding basically my full attention then and there.

On the back of the fact that in addition to the half day shoot AND an audition (they love my showreel apparently so they know what I can do) they want three separate half days rehearsals,  all this suggests to me they feel they have the right to demand my time and attention, on a student short they seem to have no appreciation of my time commitments. I do not like to over rehearse screen stuff (theatre or stunt work is very different) as most directors like to capture the freshness of reactions into the camera. So 3 rehearsals for a 5 minute short seems extreme, I queried it and it was so they could practice camera set up! Once I understand but three times? I will and have exhausted myself getting late end of night or early scenes done, I give my all to a shoot but these warning signs are too big to ignore.

I did get early crazy-maker vibes from that ridiculous amount of rehearsal for a short film but the ten past midnight unnecessary text and various Sunday  texts just told me all I need to know about their attitude to actresses and how I am supposed to be flattered to be in a free non paid project. I have had similar experiences on student films where the general clue-lessness or dramas of producers, directors or other student crew has made filmmaking a difficult situation (we all know things go wrong, we will sit around for hours and then we only have time for one take and there is never enough time but when people get overly emotional and couldn’t organise a drink in a bar, well it makes the film and the entire experience a nightmare. You then can’t get the finished film out of them as they still are arguing about the final edit.

There have been some wonderful exceptions which I wrote a blog about (Why Make Short Films) but I do think we have to trust our instincts and see how we are approached and how people behave before committing weeks of our lives, energy to their projects and our reputations, especially if they is free work. Maybe a la my Shakespeare pic which has ‘There is no darkness only ignorance’ they do not know better but I am a professional actress so treat me with some professionalism please! 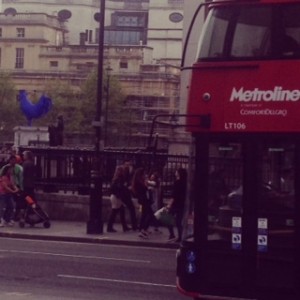 The Blue Cock on the 4th plinth at Trafalgar Square

Or just start today, use the hashtag #100days So please do one thing for your creative career today and I’d love to hear comments and feedback.
hashtag #100days

100 days of being an actress: Day 2 self-taper & movie editor 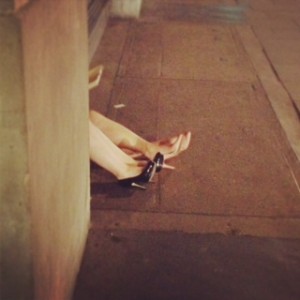 100 days of being an actress: Day 2 self-taper & movie editor

If you have to wait on others to do the work of making email banners, Youtube trailers, flyers, audio, interviews and podcasts... 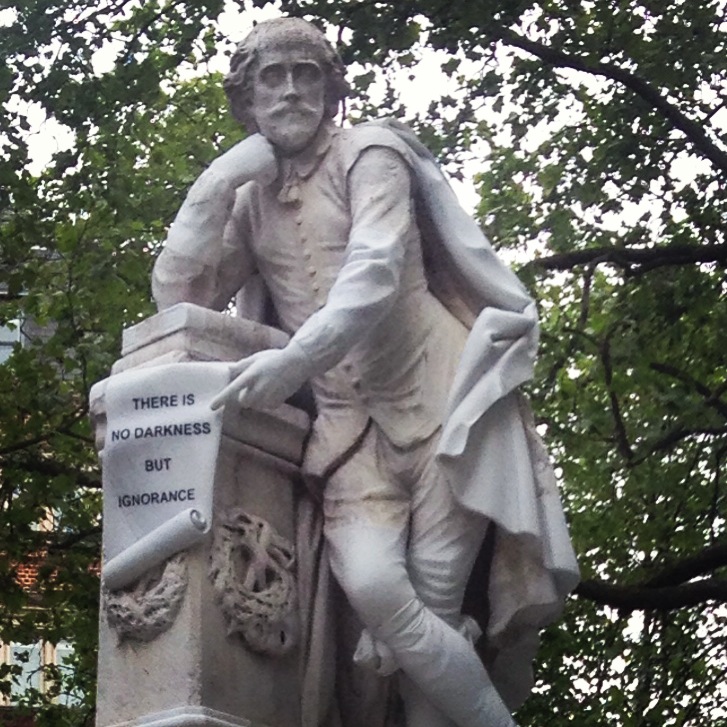