100 Days Of Being An Actress / Actors / Auditions / Casting / Creative Dreaming / Filmmakers / Fun / Series on Becoming a Successful Creative / May 8, 2014

I am filming a short film noir in Salisbury today and tomorrow, yet again I get to die at the end. This is my 4th screen death this year, I am starting to wonder if the universe is trying to tell me something or indeed if the acting world is.
I have fallen into two typecasting brackets; yummy mummy and crazy strong women. Occasionally I get to play crazy yummy mummies either alcoholic or drug addled ones ;-)I would worry about it but as Paul Clayton said in his very inspiring Podcast interview, his initial thoughts of walking into auditions thinking he can play any role have now matured to understanding that

This is who I am, would you like to book me ?

We give over and out certain energies and this is not typecasting as much as understanding what you bring to a role and how that can fit someone’s project. It is the same with other forms of art, you have a ballpark idea of Tracey Emin or Grayson Perry will produce as artists or Stephen King versus Christine Feehan as a writer.
Ryan Lock with whom I have done a series of ongoing podcasts on branding and marketing often talks about finding your ideal audience and even those who do not sit on that bracket do not get your work it is ok as it is actually not targeted at term. It means the rejections of being an artist, actor or writer are not so personal if they don’t need or understand the you you present to the world. How to be your own publicist – Ryan Lock with Marysia interview

All these can be shuffled in the box of ‘oh well’ and ‘let’s move on!’ Thinking of yourself as a brand or a company can make the rejection less personal, you can distance yourself from it. They went for a ‘Rachel’ type rather than a ‘Phoebe’ type etc …

Day 6 – Death Star and a sudden American!
I was not told that they wanted an American accent until I was on set about to shoot & the other actor who was filming this  morning started in a slow American drawl. Luckily I can do an American accent but not practised in a month or two so had to quickly drag it out the bag!! Proof we need to keep all our accent skills up as actors!
I had spent 3 hours in hair and make-up as it’s film noir so they colour grading it into black & white. Practically this means that I have much more make-up applied as black and white is ‘flat’ . Isabella Larter the makeup and hair artist did a great job as you can see from these pics today! Laura Stoneman is directing and the great DOP is Joel Silcox who took these shots as well! 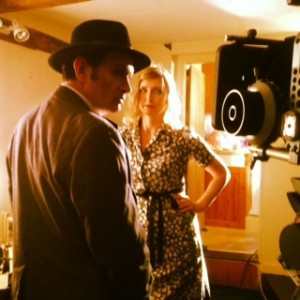 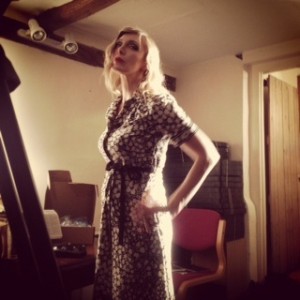 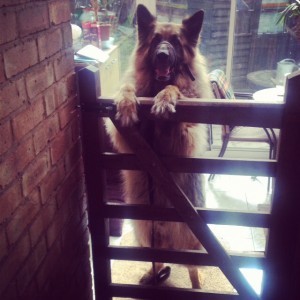 It is amazing how much of this creative life is actually about organisation. By nature most of us creative are laissez faire,... 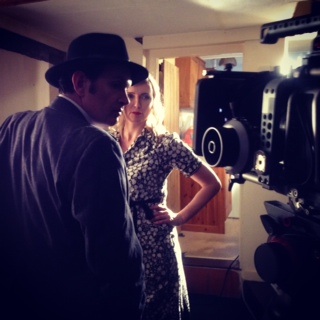