100 Days Of Being An Actress / Actors / Auditions / Casting / Creative Dreaming / Inspiration / Interviews & advice / Motivation / Positivity and Self confidence / What I've seen / May 11, 2014

After a project is finished do you give yourself time to relax and recharge? Or do you come back to the ‘real world’ after filming, editing, writing, performing and just want to hide for a while, especially when you see how much there is now to do at home?  After 2 days of  filming in Salisbury I have just got back to London. However I am now faced, after a week rushing round England, with a backlog of ‘stuff’, emails, calls to be returned, people to be chased up in various projects.
I always find myself the day after filming to have lost my edge, my hunger. I almost always forget that the day after filming or a project finishing my energy levels and my mood always slumps. It’s as if I give my all and then lose myself a little. Each time this happens I have to remind myself that while yes I have to get back on with the ‘job’ of being an actress – the organisational & hustling etc I also need to give myself time to relax and destress. 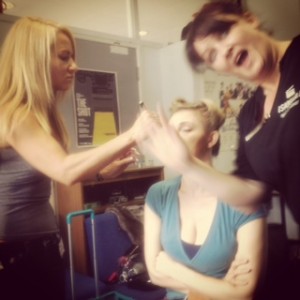 I needed two makeup ladies for the shoot due to time pressure, 1950s makeup and hair especially for film nioir takes a lot of time

You are also suddenly out of the ‘bubble’ as Aletta Collins called it, especially when it has been a long standing project of rehearsal and shows and you quickly establish a family of creatives. (my podcast interview with her and Richard Thomas, writer of Jerry Springer The Opera, here)

As an aside it always makes me laugh how everyone from actors to crew and makeup artists discuss their deepest issues mid a long run, I remember one actress always telling me each night before the show if she had had sex with her boyfriend the night before! I am/may be/could be falling for someone and 2.5 hours in hair and makeup you will end up drifting in dream state and talking about your hopes and fears in a way you only do with your closest friends!
Of course after a month’s plus run of a play I am exhausted but even after a short film shoot I always need to recover the next day, I think it is the extreme focus that is required constantly on set. Even when you are sat in the makeup chair for 2 hours or waiting for the next lighting set up before being required you know that 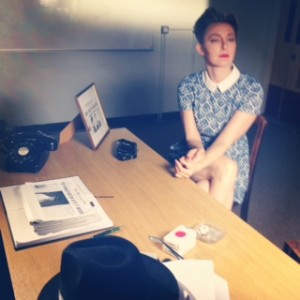 This sense of tiredness is exacerbated when, as with this week, I have taken 4 long distance trains in as many days, not spent any time at home so I can now see where I dumped my stuff before the next trip! I can’t quite see my bed for clothes I threw on there.
So I know I need to take an hour to tidy up but my brain is yelling

I even half wrote this blog post but didn’t have enough energy to add the pics and do what was needed to get it published. I chose to just do the bare minimum, the audition and had the rest of the day to sleep, read, play Solitaire, eat chocolate and carb heavy food. You have to allow yourself to unwind. I did not unpack, vacuum, go the gym, sort out my Cannes flights – I allowed a total day of rest, which in turn has made me get up this morning and start doing what I need to, including publishing this post!

So allow yourself a complete day of rest, full on laziness is actually required! You will feel mentally, emotionally and physically more able to get back on with the many things screaming for your attention! 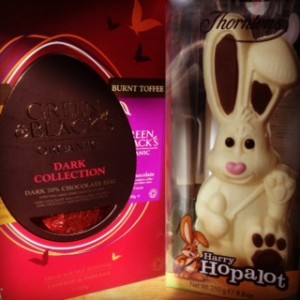 my left over Easter eggs

Day 7 Somehow I got to the Monologue Slam auditions
I booked this audition a couple weeks ago and then my iPhone calendar reminded me of it. They chose ten 1 minute monologues and 10 3 minute monologues to then be done live at the Theatre Royal Stratford East in front of a 500 people audience and an industry panel. Like rappers but with acting monologues!
After this week of crazy I really didn’t want to go, especially on a Saturday afternoon. However the judging panel for this show includes Dan Hubbard of Hubbard Casting and two agents from the great agent Curtis Brown.

What was even better was that today’s panel which audition the maybe 200 odd auditionees down to 20, had to my surprise the casting director Jane Frisby there. How impressed was I that Jane Frisby chose to spend a rainy Saturday afternoon in Stratford, East London looking at actors’ one minute monologues. I have heard some actors say that casting directors only use their favourite actors and are lazy but yet again that negative theory is visibly proved wrong. Jane Frisby saw 150 plus actors during the whole day all do a minute each. She casts a lot of feature films and all those actors (including me!) got the chance to accidentally audition or her! Plus when I next write to her, whether I get to do the live Monologue Slam or not, I can say that she saw me at the auditions.

It reminds me of my previous post It’s not who you know, but who knows you and what you do!

It is all very well being good at what you do but if noone knows what your gift is how can they book you? I have got a call today about a possible last minute acting job tomorrow, from someone who knows  what I do and I am on her shortlist of people who can do the job and turn up on time!

I was talking to one of the other actors as we waited and he was saying how he nearly didn’t turn up, I myself had to fight my own inertia to get there. Two people in our one hour slot didn’t turn up and these audition slots go fast.

Stephen King — ‘Talent is cheaper than table salt. What separates the talented individual from the successful one is a lot of hard work.’ 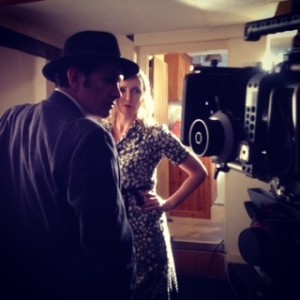 I am filming a short film noir in Salisbury today and tomorrow, yet again I get to die at the end. This is my 4th screen... 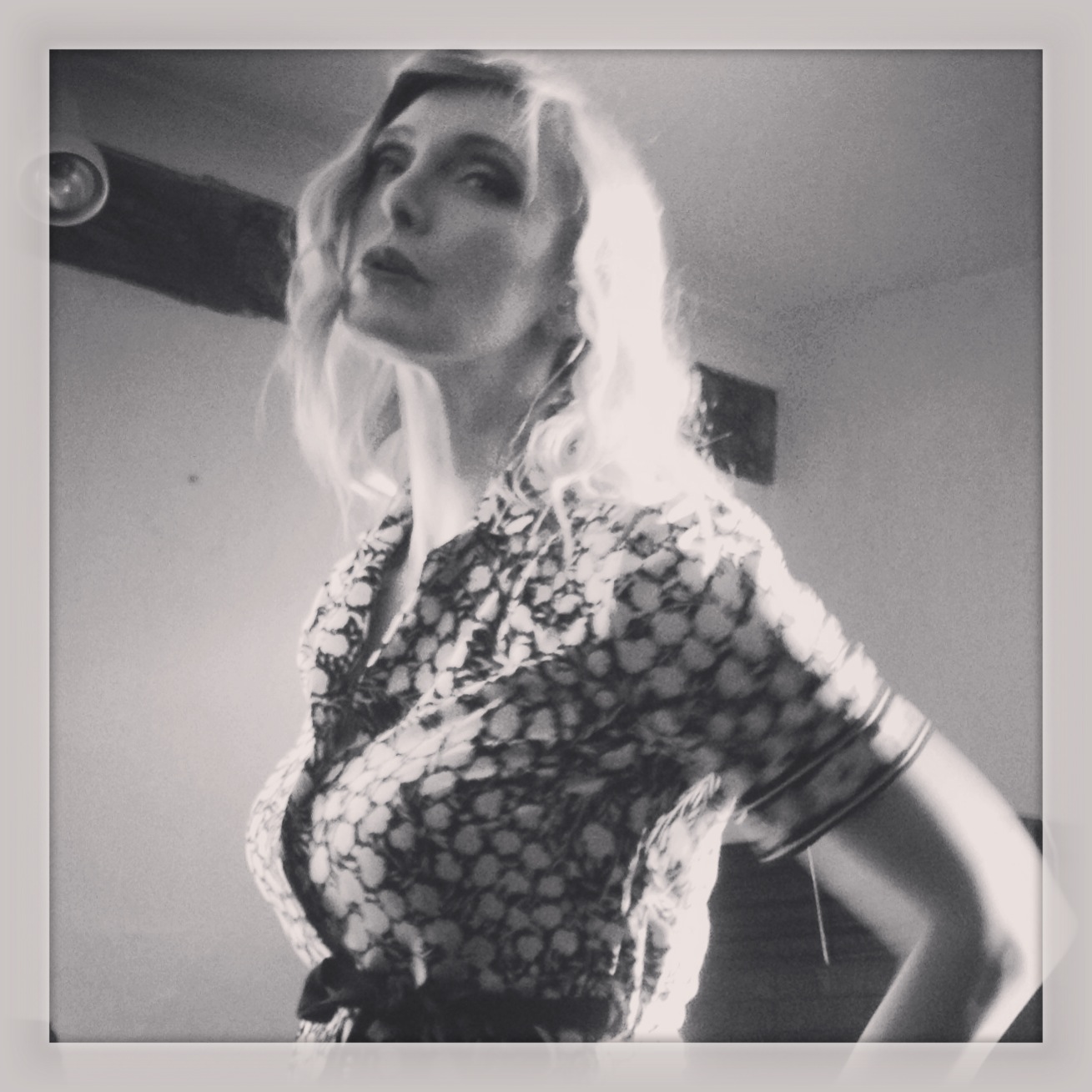