100 Days Of Being An Actress / Actors / Casting / Creative Dreaming / Filmmakers / Fun / Motivation / Networking / Series on Becoming a Successful Creative / What I've seen / May 20, 2014

The only way any creative project gets made is for someone to dream up the idea, take massive action and keep on when it all goes wrong. They then have to sell it, market it, keep driving their idea forward. Then they stop, rest for a short while and do it all over again. From Woody Allen making his first film, to Sidney Poitier washing up in New York whilst sweeping the drama studio floor so they would let him into class (his autobiography is so worth reading) to even David Cronenburg whose premiere I am going to tonight, the full on red carpet glamour at Cannes, they all built their careers a day at a time.

I am currently wondering what to wear tonight as I have a ticket for the most beautiful red carpet in the world at David Cronenberg’s Cannes Film Festival premiere of ‘Maps To The Stars’. (I have published this post the morning after as internet issues and I am going to Going Home screening tonight as well) Those red carpet stairs may trip you up but they do look elegant, London red carpet premieres are always on the flat in Leicester Square surrounded by tourists and pigeons.
Apparently there are various primping powder rooms in the Martinez where they do let actresses borrow dresses for the Cannes premieres. This is where the glamour comes in, it was suggested to me I ask. I am not sure they would lend me one although I gather there is always flexibility! I have not tried but if I run out of clothes this week I may be desperate enough to do so. Cannes is the Oscars but on for 10 days rather than just one night. My case is huge but I am now thinking I should have bought even more clothes! 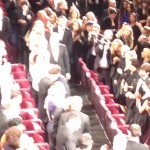 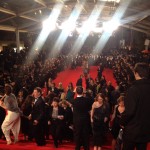 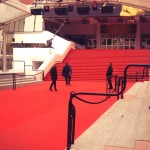 This merger of fashion and actors is, I think, where so much of the ‘glamour’ of being a film star is, as opposed to a working actor like myself! I have had clothes lent to me before but of course the big fashion houses all are desperate to get their dress on the most happening actress for the exposure. The photos taken here of what each movie star wears for each red carpet are seen by millions and generates sales and prestige for th fashion houses. So I can’t see Elia Saab or Chanel wanting to lend me a dress although at 5’10 I have a height that works for long dresses.

I have been talking about how the Cannes Film Festival is really all about the ‘business’ of the movie business encapsulating:

The movie stars to garner the press on the red carpet
The press junkets to promote the movies
The deals done here between the writers, directors and creators with producers
The sales agents with finished product and the distributors
The distributors with the acquisitions so the TV, DVD, theatrical release and video on demand.
The screenings of all the films from the Short Film Corner to the Competition red carpet premieres all to garner networking opportunities and deals
The financiers funding the films with their lovely ‘kickbacks’ of getting to go to all the big events and screenings that their money has funded
The agents and PR all here to expose their clients and films to maximise opportunity, deals are being struck every second possibly, the film stars book their next role.
The big fashion houses, jewellers including Chopard who had an award ceremony on Thursday with the judging panel led by Cate Blanchett and Stephen Gaydos who is the VP of Vanity Fair. I met Stephen Gaydos and he has some amazing stories!
Plus all the lawyers broking deals, the yacht owners hosting the parties, the event planners covering the many parties every night

I actually turned down four parties last night including The Expendables one, I had to sleep. 3 hours sleep a night every night is not the way forward to looking and feeling attractive! I was happily snoring by 9pm and felt able to have clear communication with people today.

I was in the UK pavilion at lunchtime and met two actors, Mark and Duncan and their producer Edward Rastelli-Lewis. Mark and Duncan’s typecasting is ‘thugs’ so they decided to change that and show their softer side. They found a script, Ed came on board, they found £250,000 worth of funding and now they are in Cannes with a finished movie ‘The Caravan’ talking to sales agents and distributors for their next step in their process.

Ed was saying to me how he felt that Website

‘every time we miss an opportunity someone else grabs it’

He talks so passionately about how

‘We have to keep moving forward and creating, that if you keep thinking ‘I’ll do it tomorrow’ then you will miss all your tomorrow’s and never make the life you dreamed of.’

There is all this creative life force literally storming around me here with thousands of people all involved in the dreaming up, making and selling of films – basically stories someone dreamed up – that it seems I have no choice to make my own film.

I wince to even write that statement, yes I have created and produced my own Theatre, cabaret and jazz shows and toured them round the world, yes I am an ex City bond trader, yes I can improvise on any subject if you give me a couple of solid facts but a producer? A movie producer?
I am writing my next solo show and was thinking of maybe making a web series. However now I am thinking I need to work on the core of my idea, write a script and see if it is a short film or a (shudder with horror at the thought) full length feature.

I feel like it may be the craziest idea I have had ever. Yet Deepak Verma, from Pukkanasha Films, who I know from London and is here shopping his current finished film said to me yesterday.

‘You should be a producer! You are super organised and incredibly good at being entertaining, you would be great at it’
If I want my current idea to touch the world I am the only one who can make it happen. I foresee a lot of baked beans and late nights in my future. I am reminded by the podcast interview I did with award winning director Kevin Bisbangian and his adviceHere

‘You have to work hard. Making one film every two years is not enough’

To re-iterate my blog of the other day, we build our creative CV’s one completed project at a time.

So I am hereby saying I am making a movie, it may only be 5 minutes long, but I am going to dance with the fear and not talk myself out of it!

What terrifies and thrills you so much that if you did it you would be incredibly proud of yourself? 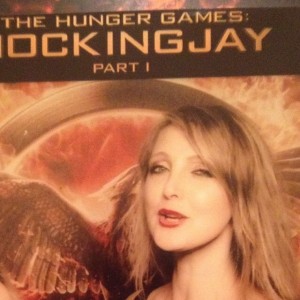 100 days of being an actress: canapé & champagne critic I am sure you do not want to hear every small detail of my Cannes... 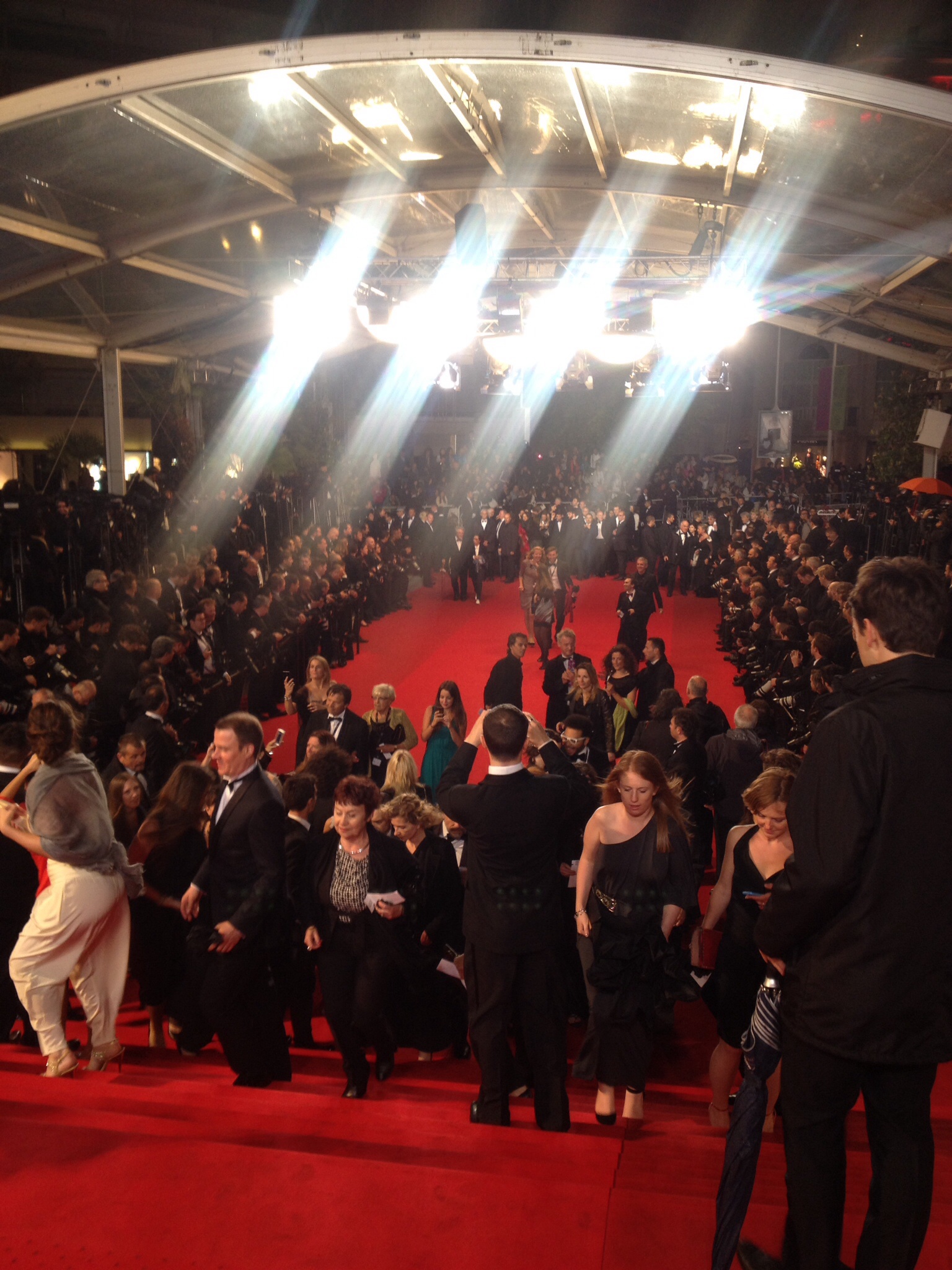