100 Days Of Being An Actress / Actors / Creative Dreaming / Directors / Exhibit your work / Filmmakers / Fun / Inspiration / Motivation / Series on Becoming a Successful Creative / What I've seen / May 22, 2014

I think I may have totally grossed everyone out but I had to get these shots!’

I am writing this whilst sitting in the American Pavilion at Cannes listening to a chat with Tobe Hooper, the director of the original Texas Chainsaw Massacre. Lots of fun tales of how they created so many of those infamous scenes involving blood and mangy chickens! Apparently they had rented the house from a hippie and they found a farm of 12 foot marihuana plants there so every time the police turned up to look at the production one of the investors had histrionics. As Tobe Hooper said he didn’t care, he was laying just tracks over them to get his shots.
Tonight 10pm they are screening the 1974 original.

I am now becoming blasé about red carpets… Having walked up those famous red carpeted stairs here at Cannes twice in the last three days I refused to go last night as my hair and I needed a rest. Tonight I am back on my second ‘home’ as I am off to see the new Ken Loach film ‘Jimmy’s Hall’. One of my closest friends Martin Butterworth is an incredible art director but has also done the titles for twelve of Ken Loach’s films so he is flying out and crashing on my sofa. So whilst luckily I was able to get my own screening ticket for the premiere we are going to the party afterwards and the Film 4 villa beforehand.

I saw Maps Of The Stars, the new David Cronenberg movie at the Cannes premiere Monday night and the incredible GUI LAI (Coming Home) Tuesday. Part of the glamour of the red carpet is seeing who is coming up and down it. Ryan Gosling after his film had premiered walked down the carpet to the excited screams of the crowd who start queuing up at 9am, even in the torrential rain of this morning. Adrien Brody the unexpectedly handsome actor not only turned up to do the red carpet at GUI LAI but stayed to watch the entire movie. I know this as he was four rows behind me. Some people actually do leave as soon as they do the red carpet, others sneak out from a side aisle 20 minutes in. 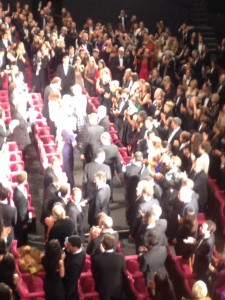 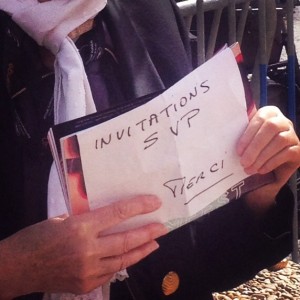 I started crying about half way through the Coming Home movie, the very point where a standard Hollywood movie would have ended and then I slowly sobbed til the end. The film is full of what love can be, how love can demonstrate itself in so many ways. Even just writing this my heart is full of tears, joy and a dawning realisation that maybe my current relationship can never be full of that kind of love. And I want that kind of love; open, relentless, self-less.

I once heard that all great art either reminds it’s audience of something that has been in their life or makes them see something from a new place. This is why Harry Met Sally worked as we all have wondered about a ‘friend’ and their feelings towards you, The Shawshank Redemption’s take on struggle, never giving up and ultimately freedom, why a song can remind you of the day someone stopped calling (for me Macy Gray’s I Try) and why Rodin’s The Kiss gets an instinctive reaction from us all about a moment of pure passion in our lives, why an Emin or a Monet garners such prices as they speak to our hearts and our own story.

I probably would have never seen Coming Home although I have loved some of Zhang Yomou’s earlier films including House Of Flying Daggers and Hero, it is a very different film. That’s why Cannes and it’s chosen films is so wonderful. I don’t understand the judging criteria; Coming Home is a million miles away from the nihilism of Cronenberg’s Maps To The Stars. A word of advice; don’t arrange to go to a party after seeing a screening of something that dark. Once you have seen Olivia Williams’s self immolation and practically everyone die you really can’t function that well. Again though whilst I didn’t want to be transported to such a dark place that night, Cronenberg again proved the point that movies as with all art, do change your mind and mental state and can change your life.

So as I am about to head back to my apartment to get ready for the Film Four villa, the screening and then the party before also saying to my lover that maybe we need to both move on, what art can you make to open someone’s heart or mind? 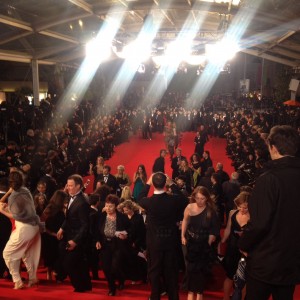 The only way any creative project gets made is for someone to dream up the idea, take massive action and keep on when it all goes... 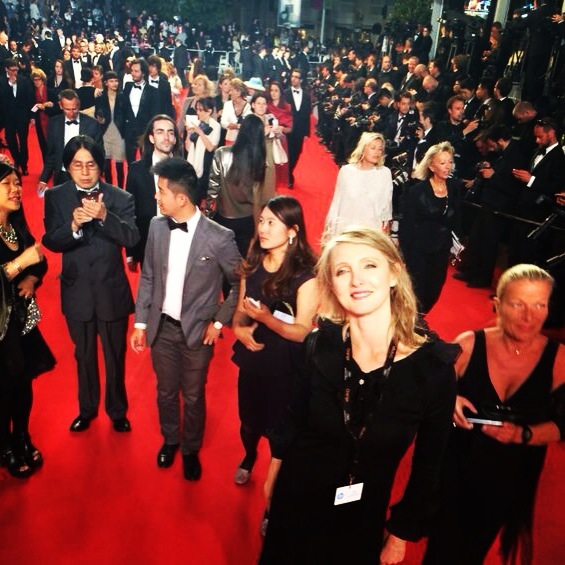