I wonder what tales you could tell through music, film or your chosen art form. We have all had mighty battles in our lives, suffered loss and moments of sheer triumph. Just as with hundreds of years ago we would gather round the campfire or village hall telling the old tales, so now short films, plays, art exhibitions tell our tales. We have such impossible reach now with the internet, with art not taking a lifetime to start showing our first works, although technically we may need to grow. From an Instagram shot of a terrible moment to a Vimeo link of a film of hope our artistic voices have never been louder or more easily found.

The last two works of art I have seen, a film and an opera, were both based on true stories centring around the fight for freedom against oppressors, against those who want to say how we should live. There are so many wonderful stories of love which I think we all can truly understand, but these other important tales of an individual fighting to stand strong, to change the wrongs in front of you, to inspire those around you, such tales are always inspiring. It makes our own human hearts stand stronger, feel outraged, understand that each individual can make a difference and find courage in our own daily battles.

It is the wonder of art looking at the young Joan Of Arc (1412 – 1431) on her knees in front of the Dauphin begging to be given his army to fight (Brecht, Shakespeare, Shaw to Leonard Cohen and Orchestral Manoeuvres In The Dark amongst others have been inspired by her – wiki), to the hand me down tales from village to village of King Alfred The Great burning the cakes (wiki) and Richard III desperately needing a horse mid battle,

I recently saw a half naked painting of Nell Gwyn at the National Portrait Gallery, no wonder King Charles II worried about her being alright as he lay on his deathbed. The painting was commissioned by ‘one of her lovers’, I love the seeing into another woman’s life choices as an actress, comedienne and mistress to a select few. No wonder actresses still have a bad reputation 🙂 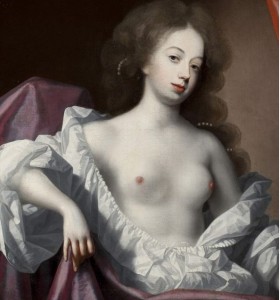 I saw the wonderful new (and hopefully not last ) film by Ken Loach at it’s Cannes premiere alongside his wonderful people from his production company Sixteen Films. Jimmy’s Hall is based on Jimmy Gralton and just ripped your heart out at the end. It is the tale of a travelled Irishman coming home to help uplift his community by setting up a public hall in County Leitrim as a centre for education, community and music. Set after the early 1920s Irish civil war issues, Jimmy Gralton fought for freedom, was denounced from the pulpits and those intent on keeping political control and was ultimately being deported for life in 1933 without trial.
Sixteen Films

At least Jimmy Gralton got to keep his head. The Dialogues Des Carmelites by Francis Poulenc, directed by Robert Carsen, currently at the Royal Opera House, Covent Garden ( link) is set in the French Revolution and the terror, a young well bred noblewoman joins the Carmelites nuns out of fear but ultimately chooses to die with the rest of the nuns as martyrs. The sound of their peaceful singing of Salve Regina as each dies by guillotine, represented by the most awful SCHWACK sound each time the swipe of the guillotine killed another nun, imvading the wonderfully led orchestra by Simon Rattle will stay with me for a while. The fact that this is also based on a true story horrifies me. 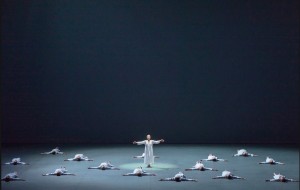 Time Magazine ran a great article on how the majority of the Academy Award nominated films of 2014 were all based on true stories, from the winner ’12 years a slave’, The Wolf of Wall Street and Philomena to name a few. Lupita Nyong’O who won best supporting actress based on her role in Steve McQueen’s movie said this (quoted from Time Magazine’s 100 Most Influential People In The World edition)

‘What (Steve) managed to create was a sacred space where everyone respected the story we were telling. He gave us reassurance that this was for something bigger than all of us’

When we as an audience know something is based on a true story, based on someone’s life lived, or maybe even yours, there is often more engagement in the work. It taps a sense of community, of other lives and how they are lived. This is why Schindlers Ark, the book by Thomas Keneally that I read for A level English, is so powerful that I won’t see the Spielberg movie version, I will cry too much, be enraged too much.  My own family suffered hugely in Poland during the wars and after, although they were Catholic not Jewish. War hurts us all.

Great stories do not have to be politically inspired, there is truth, vulnerability and courage in a one woman show about embracing their sexuality or fighting for the rights of others, just quickly thinking of tales that have stuck with me:

I have just done voiceover work for The Bunker podcast, Episode 4 (You will find me  32.59 mins to 36.55 mins in)  The whole podcast is a series about a devastated world and has a wonderful mix of storytelling, music and fact. I found myself as ‘Elder Marysia Trembecka’ (yep really!) telling the world how to grow peas, something that in the real world my dad actually knows and look forward to my characters increasingly dark behaviour as the series continues.

I know which tales of my own I could tell, I guess I am waiting for the courage and my skills to be ready (!). They are leaking out though in my current work on my new solo theatre show.

The question though is what tales do you want to speak of, be it yours, your ancestors or a situation you have lived through or around? 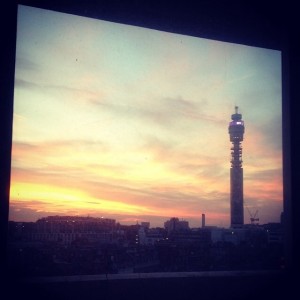 Do you let your day and workflow be dictated by your email inbox, post and telephone calls? I have a long list of stuff... 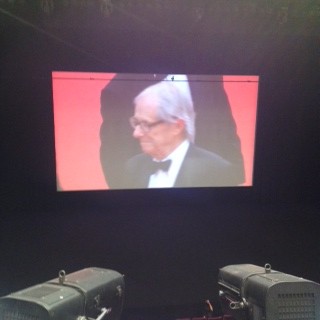