100 Days Of Being An Actress / Creative Dreaming / Fun / Inspiration / Positivity and Self confidence / Series on Becoming a Successful Creative / August 31, 2014

I am on set today for a music video wearing what can only be described as extreme fashionista wardrobe. It’s from the catwalk collection of a MA student at St Martins and allied with truly bonkers shoes. A friend has just described me as a bit like Elton John gone wrong but I feel this is in a good way. There is something wonderful about working with people who have such a strong vision.

The artist Krista Papista has now made six music videos for her music, each one she tells me has got better bad her crew has grown. The first couple were in her words ‘amateur’ but she started working with Theo who is great with Canera and on this shoot Dina is also co-directing plus there is hair and makeup and the next shoot she wants a stylist on the set as opposed to just having had a stylist preview the clothes. It is a great example for all of us about just doing what we can with the budget or lack of in the moment.

Here is me procrastinating about making my short film trailer for my ‘Singing Psychic’ character and yet last week I did a trailer for Grace Calder and Ellie McAlpine for their feature ‘Scarred At Last’, they wrote the script in June, took it to Jack In The Box Productions who helped develop the script and then they did a Facebook campaign to fund the trailer, the next step is to use the trailer to help with their Kickstarter campaign to fund the actual full length feature. So all these young women getting out there and putting their time and money where their creative mouths are, as it were, is super inspirational. I am just busy being booked to actually be in others projects which is lovely but then I need to carve time out to take the next steps for myself. Last weekend I played a 1970s period as a lesbian author, thus week I am a twisted aggressor also in a lesbian relationship. This is a welcome break from playing yummy mummy characters, love is love after all but good to play something more twisted and dark.

i was inspired actually to write a song last week myself as Grace and Ellie need music for their trailer, a song ‘arrived’ in my head just after I had finished shooting so on Bank Holiday Monday I sat with my iPhone as I had no instruments with me or indeed a proper mike and just sang all the  parts into my iPhone and then edited loops etc onto GarageBand. Then, and I was very proud of myself here, I sent the far but perfect but still clear sketch of my finished tune. It is so easy to wait for perfectionism and yet they just need a general idea. I love the fact it is based only on my own vocal loops, I may add an accordion but again I just used what I had in the moment. I may edit a bit and add to my next blog post. Sometimes it’s just good to create and let the world to hear rather than perfecting something g that never sees the light of day.

Both last week in the 1970s piece and this week the costumes were things I would never wear and certainly would not dream of having my hair and makeup styled that way. When I first started working for camera I would worry about how I looked but now I am just happy for the hair, makeup & costume pto style me as they may, I don’t really even look at how I look. I now accept that I am looked at by the director, costume, makeup, DOP and continuity not for how ‘beautiful’ I may look but how I fit the character they need. I think that my increased bookings have reflected the fact that ‘I don’t care, I love it’ new attitude to being in front of the camera. You can always tell people who aren’t used to being made up as they turn up with a full face of makeup which takes the makeup artist time to take off and then they stress about every bit of makeup and hair design that is applied. I have truly discovered the joy of sunglasses as I turn up on set looking like a exhausted tramp waiting for my Cinderella transformation. This morning I even had a mini facial massage by Naomi the makeup artist before she spent an hour applying 17 shades of cream and beige on my face 🙂 this natural look is always way more complicated than it looks.

But I digress, the details of the water shot, the kimono but with flashes of thigh each time we move, the constant attention to every blink of an eye; the joy of making music video is the 3 minutes tend to be far more perfectly coiffured than a short film where there is dialogue and emotions to be focused on.

There have been moments today I have felt like I was on America’s Next Top Model as I tried to act with a cushion cover over my head and there is some deliberately bad dancing ahead, yes I am being paid to dance badly something my friends will find very amusing. 🙂 Trying to replicate bouncing the water out of the jug was pretty fun too.

I look forward to the finished result. Krista Papista the artist studied Art , performance & digital media and so this video is a great mix of artistic vision, choreography ( we have a fun dance routine yet to do!) and extreme fashion.

Theo Polyviou is directing it along with Krista, they are both from Cyprus.

The last music video I did was playing Brad’s mum in The Vamps ‘Can We Dance’ Video which is now at 23 Million YouTube views and charted at Number 2 in the Charts – you can only catch me in the last 30 seconds. I look a million miles away from that ‘yummy mummy’ look today – part Asian warrior, part fashionista, part bonkers’.http://youtu.be/TOegbnl0yZE 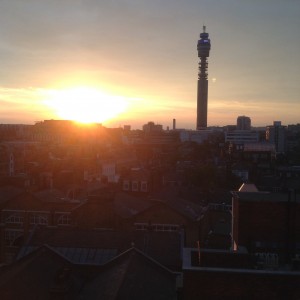 I have been mid a major move, moves actually, everything in my life seems to be changing. Even the things I don't want to change... 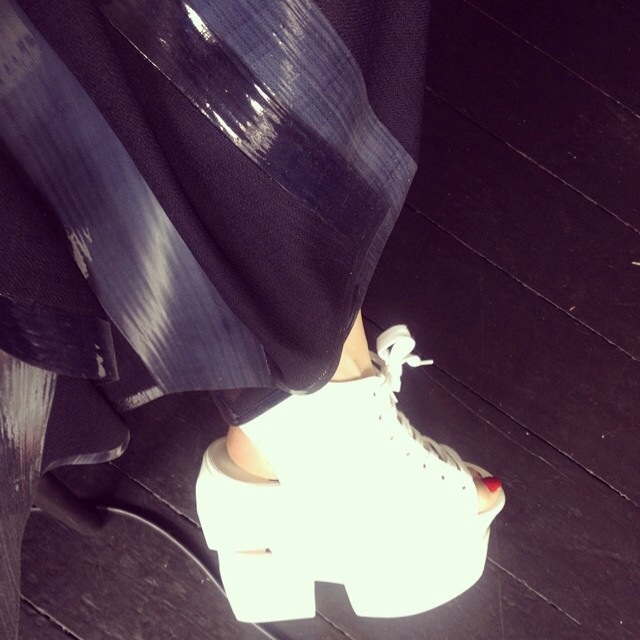