Be true to yourself. Make the music you want that you love. Go out & play it & turn people on to it. Spread it
I don’t think it It happens any other way

Do it, make it fast, make it simple, don’t overthink!

Be forced to make choices, creative ones. It’s a good thing – so not over edit eg pro tools or iMovie

Dave Grohl on making music (it applies to all creativity)

These great quotes about being creative and making great art or in this specific case music were in Sound City, a fabulous documentary executively produced by Dave Grohl of Foo Fighters and Nirvana fame and there was some great insight into the creative process. Studio City was a recording studio that had some seminal albums made in the 70s including Fleetwood Mac’s first album. It then had a huge resurgence as Nirvana made their breakthrough album in this grotty studio with its Neev desk.

Decades on the studio closed as it did not keep up with the Pro-Tools make music on a computer era, Sound City was all about live rooms where musicians got together and made raw live music, complete with the sofas smelling of beer and unidentified sticky patches.

As interesting as a place it must have been I was also so aware watching it of the creative chaos and crazy that must have been there, albums were born there, bands brought together but without people living their dreams none of it could happen. There is so much cliche rubbish about the trials and tribulations of being an ‘artist’, all the difficulties in following that path in life. Yes it can be difficult, mainly overturning all the inner and outer resistance, but it’s soul depth rewarding, fun, full of incredible highs and lows and it is a life played not one calculated by retirement funds.

I attach my own crazy high, a two minute clip from my The Singing Psychic show – Why The Singing Psychic Refuses To Go To Weddings 😉 It was one of the parts of the show that when I imagined it, I was really not sure it would work. However trying it out live to a packed audience (a la Rick Rubin’s create it, go out, play it and spread the word) it went unexpectedly well and turned out to be the part of the show I have first chosen to publicly share with the world.  (Warning it is age-restricted as one song clip has a swear word in it, used repeatedly!)

What do you really want to create and show the world? All I can say is go on and dare to do it 😉 I am currently researching seeding videos as I now am motivated enough to want more people to see clips of my The Singing Psychic show ;)) 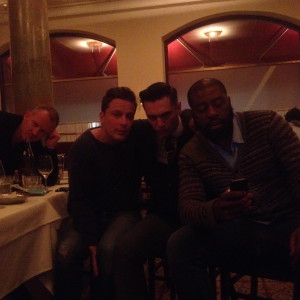 I don't think your ego is big enough. You need to fall in love with your next idea, so madly that you squirrel time away,... 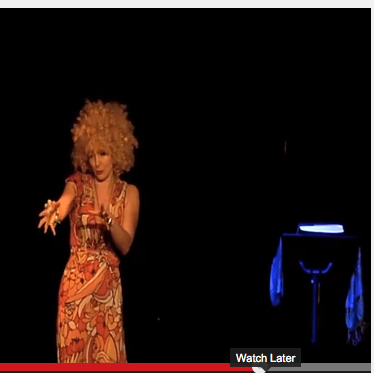