Do you ever want the world to stop spinning? Not long enough to kill people with the lack of gravity as you hang on to the ankle of your great aunt to ensure she does not spin off into space as she left the porch door open. But if the world could stop just long enough to settle my thoughts down, I’d have time to track, plan and finish all the wonderful ideas my creative brain keeps coming up with! I am sure you identify.

‘I am a creative, I have a thousand ideas and I don’t know how to stop hopscotching from one to another in order to get one finished, marketed and out the door’ 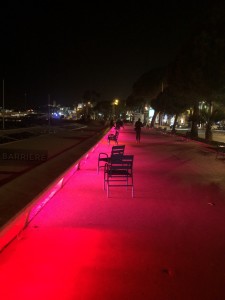 Yes I know that is you too. The double edged wonder and curse of being a creative and freelance entrepreneur full of possibilities.   I keep having wild flights of fantasy of wonderful possibilities from YouTube Channels, self published novels, albums, a death showreel, getting a new acting agent, doing podcasts in Polish, French and English, doing marketing for my The Singing Psychic show. Every talk at MIP TV has me so inspired though Luze Vlogs (a 5 million YouTube Subscriber blogger) saying he uploaded 15 videos a week on a quiet week did terrify me! Everywhere I turn or read something my overly active brain throws more fun ideas.

Please tell me I am not alone!

Actually I know I am not.

I do know what to do. I am just overindulging in the possibilities and the dramatic potential of not having enough time rather than what I do know I need to do. Then I want to have another dramatic showdown because the man I care about is not giving me the attention he has promised/I think I deserve.. before going back to the ‘I could write an album/screenplay/Pinterest board about how annoying he is and how much I want him.’ And hence I waste more time.

The following is what every successful producer of work does including the below pictured International Emmys Awards (Digital @MIP) nominees and winners! They might not think of it in these words but trust some version of this happens. 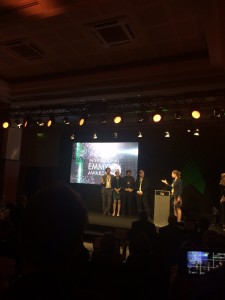 The 100% reliable Cure – 12 steps to getting those creative ideas up and out in the world!

1. Turn off the tap – no more listening to any podcasts, reading blogs on marketing or YouTube, emails focused down only to the 2 email inboxes that bring my acting work in. No more out the box discussions about what could be, no matter how brilliant the advice is. Sure you might have to go to work – in my case it’s being yummy mummy Indesit model three days a week – yes I am making fridges look good 😉 – but the project is the focus of my non model time.

2. Plan – I use a weird combination of Evernote and David Allen’s Getting Things Done. However I have not done a weekly review in months so I have spent some time wresting some order back in but not going to get it all cleared as need to get to the next step. However I am determined to get back to this planning step every week, so I can whittle it down that way.

3. Focus on one project – pick one, any one unless one has picked itself with a deadline looming 😉 I have booked in with my fabulous Director of Photography Martine Woolf to shoot the first few episodes of ‘SONGS OF SOHO – The Singing Psychic’ webseries this Saturday. So this is the one project staring me in the face as it is just three days away.

4. Ask what’s next – I ordered a portable light for the camera and now I am wondering how many batteries do I need, hence a text to Martine.

5. See what I can batch – on this case the plan is to shoot the intro shots and either the first 4 or 5 episodes on Saturday, they are only 90 seconds each. I will also batch the edits once I have the shots as well, once you get in the flow it is easier.

6. Don’t look at anything else – no Facebook, no Twitter, no writing blogs posts or doing the MIP TV video I want to do, no hootsuite-ing of my album … I have to learn to say no! ;

Link to listen & also buy the tracks on my album

7. Go back to the same project – see what else I need – Do I need some friends to help me film? Will my friend in Soho let me leave camera bags at his whilst I film?

8. Ask what’s next – decide again on a specific action I can take – order this, call him, call a venue… Specific doable small actions!

10. Rinse and repeat til the project is ready to be delivered – in my current case I have the first few episodes of the webseries to upload, all edited and ready to ‘ship’. 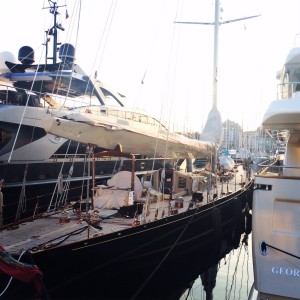 11. Market that product – send out press releases, contact friends and the relevant interest groups who I think will want to see the series.

12. Market some more – even if I only get ten views the first episode I need to keep spreading the word in a non invasive annoying way, tell more people, get in touch with other groups – maybe London bloggers, radio stations, the Soho Society. I have declared that Songs Of Soho will be a 13 episode series and I will make it happen. So I have to film the other episodes and keep the marketing fire burning.

Then rinse and repeat – once the first four webisodes are filmed then I need to get back to my The Singing Psychic horoscope videos – get them edited and up first so I can include them as part of the press release. 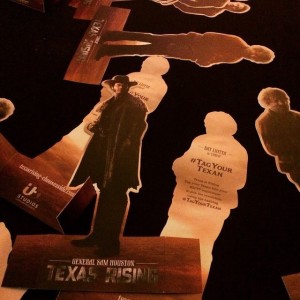 I am writing this on a plane back from Cannes where I have been at MIP TV, the world’s largest TV and digital content festival. I am buzzing with the possibility of us all choosing ourselves, that we get in the 21st Century to make the art we want. The truth staring us in the face is that we are the only ones stopping ourselves; we need to stop dreaming, decide and do.

The last talk I went to this afternoon was with David Ripert from YouTube intent on making us all creators and Luze Vlogs, a Spaniard living in LA with three YouTube Channels and over 5 million subscribers. I got some amazing advice from them on my ‘The Singing Psychic’ webseries and standalone sketches, the core ones being about not being too flash in production, be genuine and human in my interaction with my audience.

In the last week I finally uploaded my ‘If You Can’t Make Love, Make Coffee’ jazz album onto CD Baby so it is finally available for people to actually buy it. I am too embarrassed to admit how long it has sat on the CD Baby platform without me taking three minutes to finalise it (OK 10 months and years actually sitting on my hard drive) and having just read a self publishing guide, I really want to self publish ‘The Ride’ my second novel. I have got my mum to read it and she is now pushing me to rewrite the ending and then get it out there.

I have finally filmed my ‘The Singing Psychic’ horoscope videos – which I am in love with as an idea but the reality of now editing 13 videos before publishing them just makes me want to hide.

Plus of course the next two days I will be doing my modelling job and then this Saturday I shoot the first 4 episodes of my web series ‘Songs Of Soho’ which I then need to edit, market as I have set the deadline of May 3rd as the first publishing date.

Plus I have a thousand ideas in Evernote on other projects including finally upgrading my Mac and systems. Did I mention I have also booked in a weekly Skype Polish lesson as I want to get back to being fluent and beyond to doing the research and the documentary about my Polish great great grandfather.

Can I clone myself? No. I just need to allow this final overly dramatic blog post diatribe to settle and then tomorrow go back to the ‘Rinse and Repeat’ formula. It always works, on anything.

I’d love to get some feedback on your next project or if you too have been having a ‘I have too many ideas’ crisis. 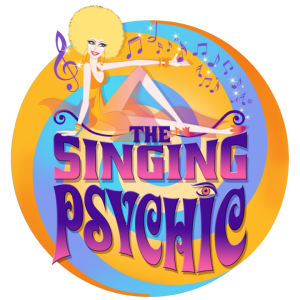 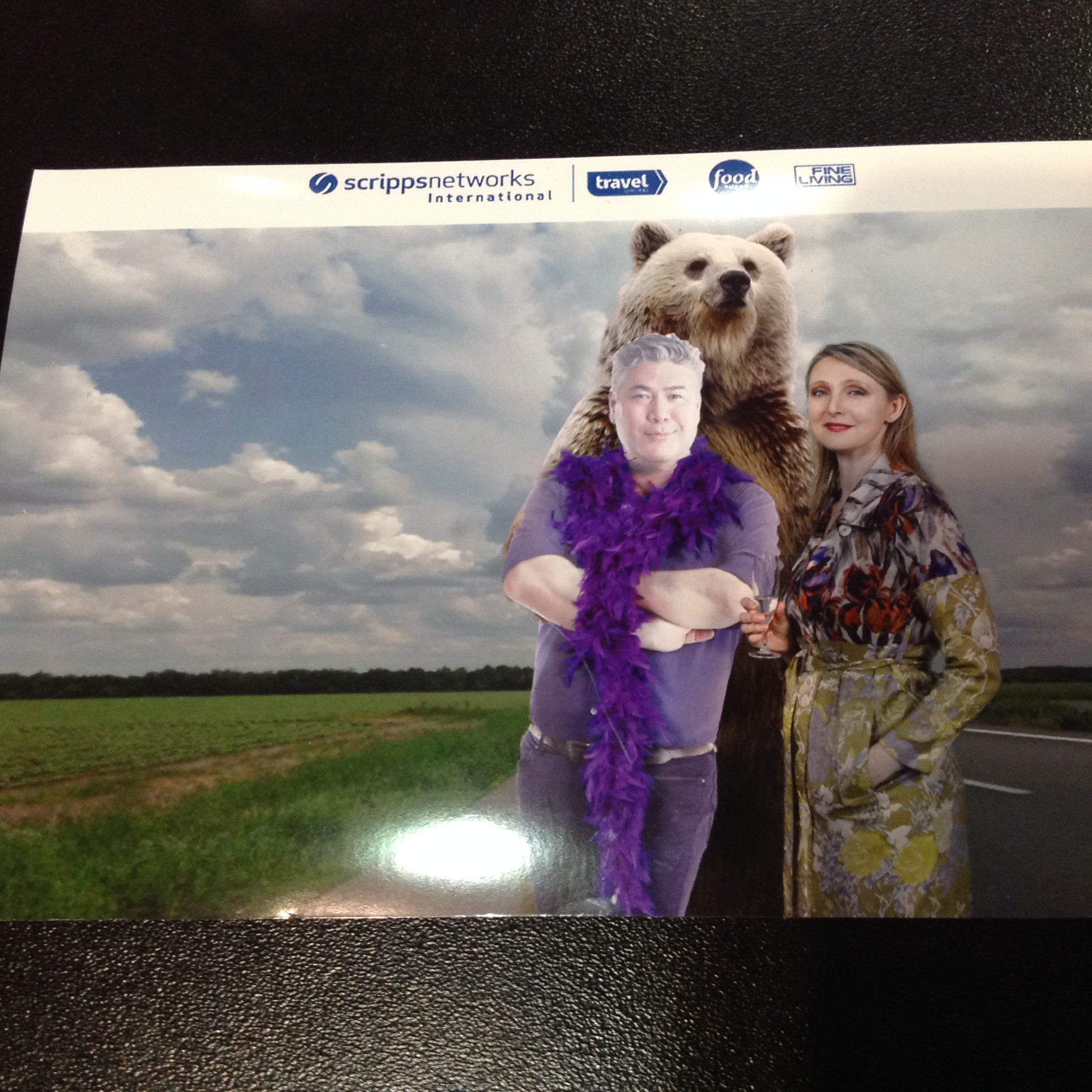