How to get a record deal – ask The Vamps

Post 40 of Dream, create and make money in the arts.

I was involved (news embargo!! I can say this but no more) in a video on Friday for a band called The Vamps. They have managed to get a record deal at a time when not many people can and whilst yes they are all the things a boy band should be; young, cute, can play and sing.. they are also social media geniuses. They built their platform before they tried to get a record deal or release a single.

Check out their website for how great their social media platform, sharing options and audience involvement is.

They met on Youtube at ages 14 and upwards and have then built up a huge following playing covers of songs, some of which are garnering between 250,000 views and 1.1 million Youtube views. This is pre the record deal, they also have 160,000 Twitter followers. They have been doing lots and lots of small gigs and tweet pictures of everything, they are constantly posting new cover versions all of which seem to get about 300k views in the first month. Having spent a day with them on the shoot I can say they are all very charming and gregarious, the record company must think they really have a great band on their hands, witness the ambition of their first video. Also witness the size of my stomach after making full use of the yummy catering van 😉

They seem as knowledgeable and enthusiastic about their Twitter campaigns as some bands are about Jack Daniels. They are running a Twitter campaign to let the fans choose which song to cover for their forthcoming EP. 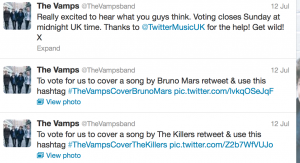 Their fans are constantly uploading new videos too.

The tunes are catchy too 😉

About this series – Becoming a Successful Creative – The Business of Creativity covering all the angles and issues of putting on a show, exhibition or event to showcase your art

This is a series of daily blogs for you on how to dream up, build, market and sell a creative event, gig, festival, book launch, cabaret night, exhibition of rude plastic cupcakes or whatever creatively inspires you. It is time to create and put on that play about your family, a series of drawings about hedgehogs, the album you have talked about making or the short film you always wanted to write and make. You can read the series in order  Part One or just pick and choose a topic that interests you.

Victorian costumes are impossible to work in ;-) 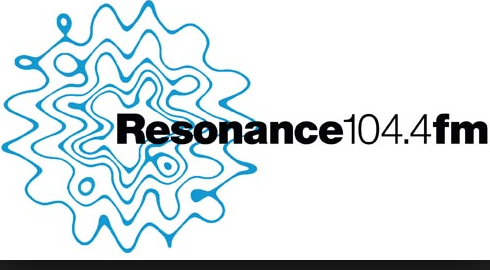 I hope you are having a great summer, in England the sun is officially out so naturally we are all complaining about it ;-) I...