How to live an inspirational Life: collaborate

I have played Americans before both on English and American stages (no sadly not Broadway or the West End yet(!) but I got booked yesterday to play my first ever on film American character 😉 I can’t tell you how super excited I was! And that was after getting to go to the audition at the Royal Academy of Art in Burlington Gardens.
You walk into through the back entrance of the RA and there is a long corridor full of the most fantastic sculptures. I then got to turn a too soon left in the Life Drawing Room where apparently Turner himself had sat and drawn. ( I had to touch the wooden bench for some divine inspiration). One wall was just huge shelves of amazing sculpture and a slightly smaller than life sized horse stood at the entrance. With artistic vibes like that how could I not book the job? 😉

Just being surrounded by artists who are being trained to open their eyes and look at the world differently has made me want to be more open to possibility. The web series I am putting off writing, recording, marketing and all the work ahead, well Maria made me realise I just need to ‘decide and do’. Yes I know this lesson, it is one of my points in my Guide to Get Your Art In Gear but I, like every creative need to be reminded of it. Collaborating with other artists allow inspiration, motivation and I think allows us sometimes to give ourselves permission to make the art, film, song or novel that we are scared of tackling. Your fellow creatives, teachers and heroines will inspire you to see the world differently  and make the art you want to make. 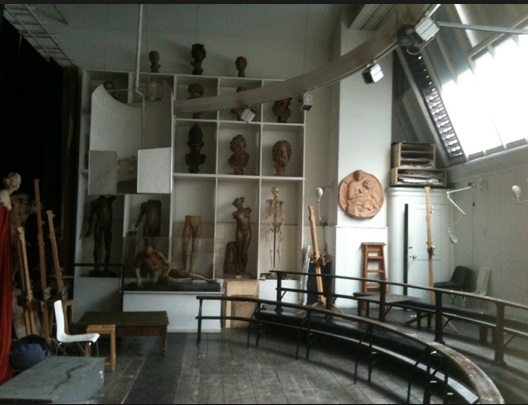 So what project are you putting off that you keep thinking about? That keeps popping up in your head late at night. That ‘I could’ ‘If only I had time/money/technique/talent I would….’, that project, you know what it is 😉 Let me know in the comments what you want to make but can’t quite get off the ground!
This was my first time in an artist’s short film. The project was a part of Maria De Lima‘s MA. The MA in Fine Art at the Royal Academy takes three years, and if only I could draw, paint, sculpt and be very talented at it, well it would be a dream come true to spend such time in these hallowed and blessed surroundings. Sadly I am not blessed with the Blue Peter gene.

My route to the warehouse this morning for the first scene. Of course we were filming in a warehouse full of amazing huge machinery that another artist, Francis Thorburn has made, designed to be pushed by half naked men in Y-fronts. (No I am not kidding about that either). Francis has declared himself the Minister Of Alternative Transport 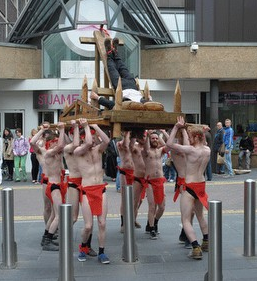 I had so many really interesting discussions today with Maria and her production/photographic assistant and stills photographer Lorna Allen about art, how important it is to gain a critical ability to talk about and appreciate your own work and also the difference between a fine artist making a film and what a Director or Director Of Photography (DOP) does on a film set. They both need a real understanding of framing the shot, the visual, the colour blend and of course how the light filters through the lens and tells its own story. It made me wonder why more fine artists had not then become DOP’s or directors, given the talent, the training and the artistic eye of most artist who are visually driven.

They knowledgeably mentioned that Steve McQueen, the Golden Globe and BAFTA Award winning director who has directed ’12 Years A Slave’ ‘Queen And Country’ and ‘Shame’ did indeed study Fine Art and was awarded the Turner Prize in 1999. Apparently he got interested in film whilst studying Fine Art at Goldsmith’s College. So I am sure if I do my research I will find out that lots of amazing directors and DOP’s studied fine art rather than going straight into film or film school. It shows both my ignorance of some directors’ history and my lack of thinking about the myriad of ways someone becomes a director. Still every day you learn something new is a great day!

The rest of the film has been shot in Mozambique so I needed to be suntanned (thank goodness for MAC Bronzer) and dress as if in a warm climate! 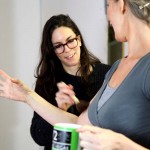 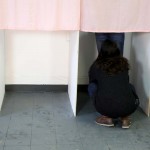 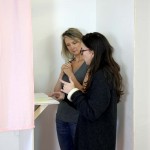 Maria both paints and makes film and this is the first time she has used an actor in her films as opposed to objects, sets and landscapes I gather. I hope working with me has not put her off actors for life!! It was of course a conceptual film, so that in itself was interesting to be in, to inhabit and build a world where I was actually the supporting actress to a prop! (I choose not to made any bad puns about wooden actors I may have worked with in the past ;-)) I hope I have done her film justice.

The only part that worried me was that I had to draw something repeatedly as part of the short film and mid Set up three I realised that not only will lots of other MA Royal Academy students will see my embarrassing child-like drawings but also some of Maria’s brilliant lecturers and denizens of the art world. I have been invited to the Opening to see the finished work: I will either sneak in and hope no one identifies me as the bad drawer whilst guzzling a free glass of wine or I will pop in later as I gather the show is on for a few weeks in a pair of dark sunglasses.

Every acting job I do I always learn something new or get to explore something new. Meeting fascinating creatives along the way is always a great perk as is some of the film locations, the dubious Travel lodge from last week I am studiously ignoring right now 😉

Here is Maria and Lorna basically doing my acting bit! I am planning to corner Maria after her show to have a chat for my Love Your Creativity podcast on what she is learning in her MA.

The photographs that look good are published with permission of Lorna Allen, the ones that don’t I took! 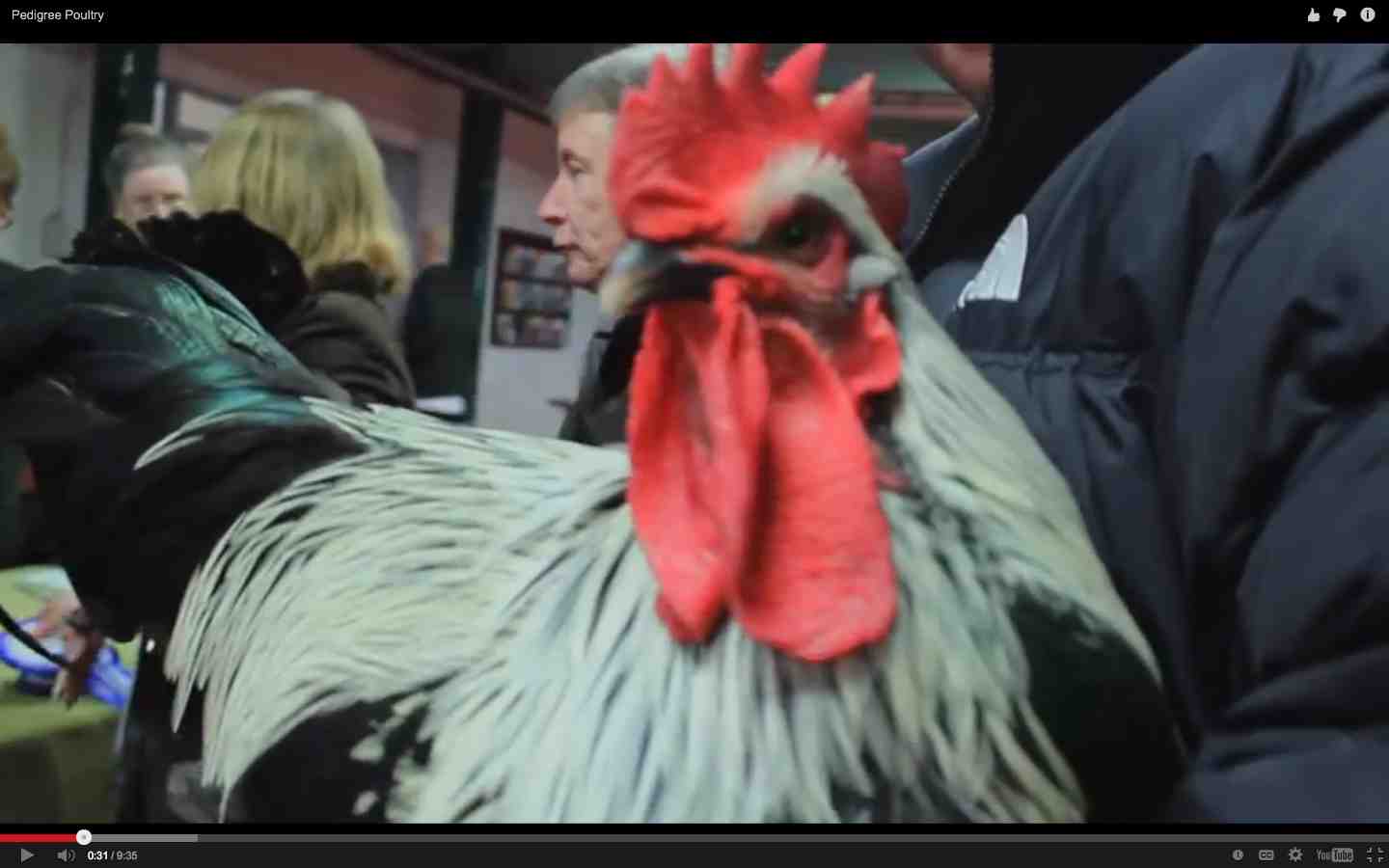 Last year I narrated this fabulous short documentary 'Pedigree Poultry' on poultry shows and I heard this week from the director... 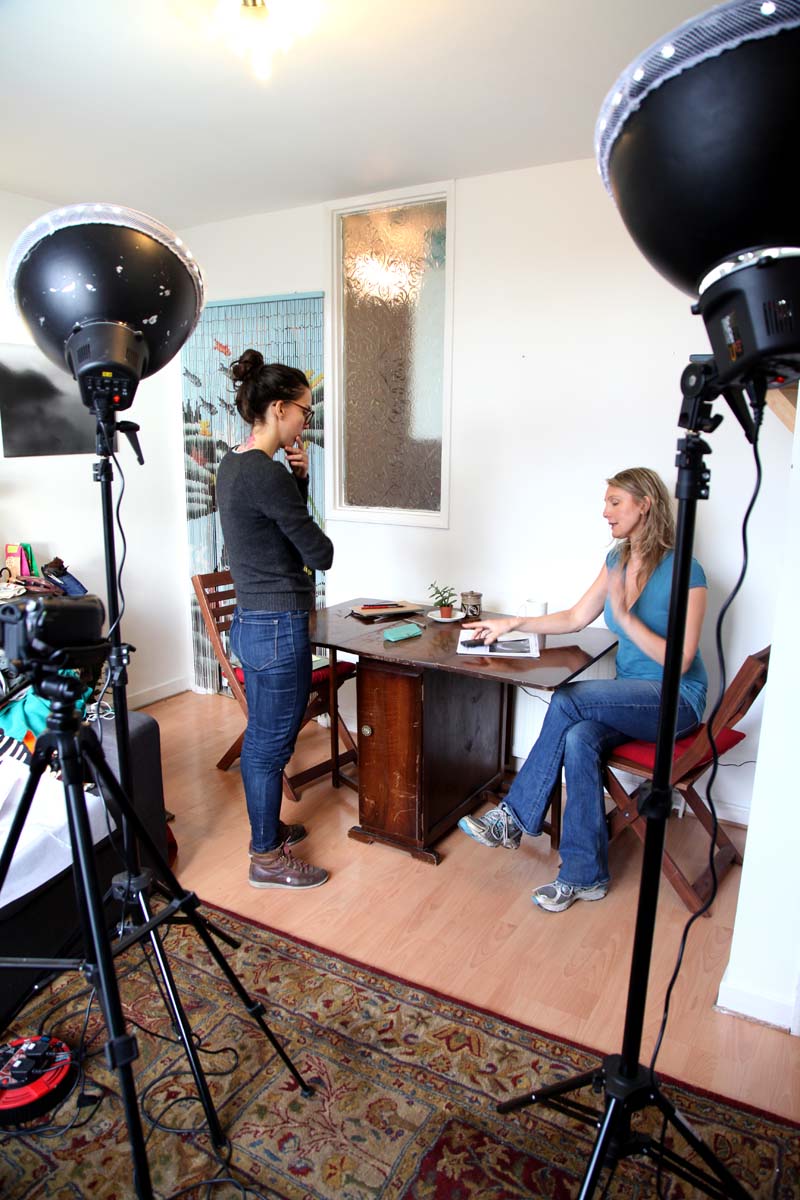