100 Days Of Being An Actress / Actors / Exhibit your work / Filmmakers / Fun / Inspiration / Interviews & advice / Networking / Positivity and Self confidence / Series on Becoming a Successful Creative / May 15, 2014

Do you have your elevator pitch? That 10 seconds when you are in a lift with Spielberg, Saatchi or Brandon (Richard obviously not Marlon) and have only that much time to tell them your story or pitch?
I realised just I did not, or at least my pitch needs updating or shining up! Today’s blog post is being written at breakfast at Juan Les Pins. I asked a very English looking gentlemen to watch my suitcase as I popped to the toilets, it turns out he has produced 8 Bond movies. The next table also contains a French man and a famous Turkish journalist. The very English gentleman had a wonderful Ian Fleming white linen jacket and blue shirt on a la Bond himself! I know this as the French man told me their various careers so he is obviously a producer himself. Cannes is always about the sale so I loved this gentleman’s elevator pitch. Mr Anthony Wray (I think, no I haven’t googled him) just looked politely amused as the French gentleman threw this fact out about him!

I think the pitch idea came from the movie industry as you need to be able to state your movie premise in one sentence. I just said I was an actress when they asked however some sentence like I am a screen actress,… It all feels so American but let’s face it Cannes is all about the movie business, the emphasis on ‘business’. It’s all to generate press for the films, to strike distribution deals, to be in that network, especially for producers who may them work in future projects.

This idea of striking it suddenly lucky is rare; most careers from artists, actors to film producers is all building a reputation from the bottom up, project by project, each one bigger and with more established and experienced people. They need to know you, know you are capable of delivering no matter what your field. A CV of creativity is not a list of companies and job titles, it is more a movie of flashing moments of brilliance and heartache, success and not quite there yet moments.
Isn’t indeed that what having your own website is for, for capturing these moments? In whatever mood strikes or medium strikes you? Whether an Instagram daily shot on a project or a 6 second Vine.

Cannes
It seems the big controversy of the opening film for Cannes, Grace de Monaco is keeping the press happy. I gather the Monagasque royal family are openly critical of the film and how it portrays Grace’s drinking and unhappiness of having to give up her glittering movie career. So watching all the French TV comments, luckily my French is still pretty good jwas interesting. Nicole Kidman who plays Princess Grace, looked uncomfortable on the French Canal Plus show which quizzed her about the film and the storm. Guess it is all part and parcel of the press and work she has to do. I can’t imagine the pressure that must put you under.

As I got here yesterday and was picked up by a friend who lives in Nice it was not only lovely to sit in a beach cafe having a lovely bottle of rose catching up but to see how the South of France residents view the festival.

It is much like the Edinburgh Festival where for the month of August most sensible Edinburgh residents not only leave their city but also rent out their apartments where rents turn into London rates for that month only. Although of course the entire Côte d’Azur coast is a playground anyway so with the festival, the Grand Prix and the traditional French August month of holiday they are probably feeling less stressed by the arrivals of Hollywood movie stars as opposed to the thousands of poor stand up comics and actors storming Edinburgh to make their mark and harass everyone about their shows. 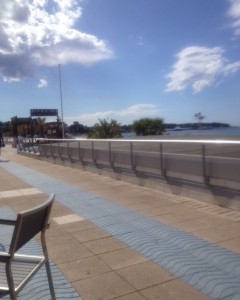 Is there a networking place or community you can plug into for your own brand of art? Maybe a book publishers convention,... 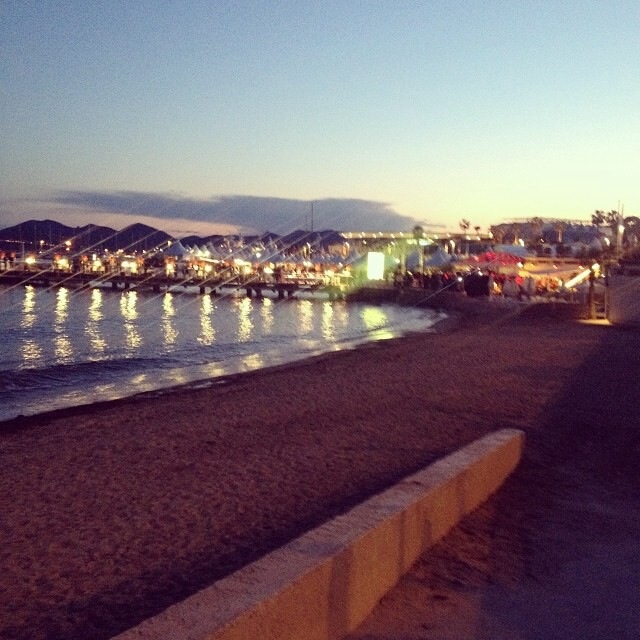