This week’s podcast interview is two brilliant creatives for the price of one as they are currently working on their next project together, a musical version of “Made In Dagenham’. Aletta Collins, choreographer and Richard Thomas, lyricist and composer of such shows as Jerry Springer the Opera consented to be interviewed on Aletta’s terrace 😉
Just press the right facing arrow above to hear the podcast.

Aletta Collins is an award winning choreographer, Associate Artist at the Royal Opera House and choreographs operas, musical theatre, film and dance. Her work includes His Dark Materials, Anna Nicole the Opera and Awakenings. She is a Guinness World Record for the largest ever online taught dance for Dance 2008, where they had nearly 40,000 people dancing in Trafalgar Square. She also organised and choreographed the amazing Paralympic Piccadilly Circus celebrations with acrobats, a giant blow up Eros and over a tonne of white feathers, most of which I think ended up in my bra. She won Best Choreography in a Video, UK Music Video Award for ‘Losing Myself’ by Will Young in 2012
My video of the Circus Ceremony in Piccadilly Circus

Richard Thomas is an ex comedian who then wrote music for TV and then started pitching shows. He wrote Jerry Springer the Opera for which he won an Olivier award in 2004 and the equally controversial & brilliant Anna Nicole the Opera which Aletta also worked on at the Royal Opera House. He has also written half hour operas for BBC2, Shoes at Sadlers Wells and also paired up with the fabulous David Hoyle (whose shows have to be seen to be believed) on an alternative take on Christmas.

These are some of the highlights of the interview, please be aware this is not a full transcript.

Aletta Collins
Sometimes ideas come from very site specific ones such as when she approached Somerset House about doing a dance on the fountains. However when she had an idea for a dance based on the film The Red Balloons, she then successfully pitched that to the Royal Opera House,
Everything starts with an idea but that idea may change.

As a freelancer she used to working and starting projects in very different ways, she also works with opera and musical theatre companies so then the process differs, she loves the scope of what she can do with Musical theatre and Opera in terms of budget and possibilities.

Richard Thomas
In the case of Made in Dagenham he has been brought on board but he is used to having to take an idea and pitch his lungs off and try to sell it. That takes practice, he once wrote a very bad script (his words not mine!) and took it to Los Angeles, there he learnt how to pitch, to talk with passion and enthusiasm for an hour.
‘In the UK if they like it will be just a short 15-20 mins interview, in LA they can say they love it after an hour and then you never hear from them again.’

He wrote Jerry Springer the Opera with five sixths of the credit, Anna Nicole the Opera he did the libretto so did both the book and lyrics. For the musical version of
Made in Dagenham he is doing the lyrics, David Arnold the music and Richard Bean the book (writer of Toast to One Man Two Guvnors).

Aletta Collins was always massively encouraged as a young person by her dance teachers, her first teacher still performs at the Royal Opera House, but even when she was teaching in a little village hall ballet class. she encouraged us all to make out own dances for exams. London Contemporary Dance School also she was encouraged to make dance pieces, it never seemed to be a big deal, you were expected to create and make something.
Whilst at college, a piece she created at just 18 years of age got bought and toured round the world and then she got commissions from then on.

However she has moved into big scale productions as well, she likes choreographing operas – she loves the scale and working with a director, designer, lighting designer, the whole team – she loved the team making work. so she started doing more in opera.
Now she works in dance, opera and sometime film, theatre and Musical Theatre
Her first love is dance but she benefits with working with a team and the scale of opera or Musical Theatre ,which you rarely get in dance pieces with the smaller resources in the dance companies.
In the last 10 years she has learnt to go to venues and producers, before the work just came to her.
Now in opera the artistic director asks ‘What do u want to do? How do you see it?’ It is always important to walk in with ideas, to be more more pro-active, she used to be far more reactive.

Richard Thomas started out as a comedian, which was a great apprenticeship, he did 8 years then started writing music for TV then writing shows. “There seemed to be clear moments; where I stopped doing the comedy double act at 31, then 5 years of music and I then turned the machines off and then started pitching shows, So the whole process unfolded.”
He now has a healthy understanding of reaction of time on stage and knows the sound of boredom and rapture. ‘With great comedy there is both a great silence and then the laughter noise. Both with Anna Nicole and Made In Dagenham – he could feel the tension and then you know it works. You know by 15 mins into Act 2, they come back in, had a drink and then you take the audience someone else.” He gets thus a sense of inner euphoria and then a slump, to how do you keep the piece going, the flops and the final end.

“Somehow its easier to make the next piece if you have failed, we are fed the romantic and practical idea it is a struggle, and if its suddenly successful you think oh this is wrong. You are not conditioned”

Aletta Collins
I think success is hard too, because you are working so hard and used to failing. When there are notes to do, things to change, it’s simpler. When you achieve that goal, the blues after creating something doesn’t get any easier.

Marysia How do you let go of that?

Richard Thomas
‘Failure.. 50 shades of failure, critics success and makes no money at box office, or the reverse.
The key is to have things overlapping, if u have a few, in the quiet times that’s when the inspiration comes, get an idea and allow yourself to really relax to be open to the universe to what people are saying and then the idea hits you, ‘oh that’s what I want to do”
I have a project list fof maybe a 100 ideas and 1 or 2 will land. some are terrible, others brilliant and wrong for me. I am trying to force inspiration
A good idea is not luck but homework, maybe the homework is the 100 ideas”

Aletta Collins
“At the end of the day, creativity I don’t know what that is, it is a way of life, it is what I do. I do get knocked, ‘i thought that was great why didn’t the critics?’. However I find that as long as I keep more focused on myself and what I want to do next, what situation I want to work on next and keep moving forward, It doesn’t help me to pick thru the rubble..
To get out of the dark times I use many things – being open, chanting, to talk to people, getting back out in the real world. because when you are creating something you are in a cosy bubble and part of the pain of when you finished and then the most important thing is to get back out there and refind yourself. Those bubbles can get very tight and family, and a part of the grief is ‘oh thats gone’.
But its good to know that you will start again”

Richard Thomas
‘its all Relief and Grief, or Grief and Relief.”

At the end I mentioned to Aletta her amazing Paralympic secret closing ceremony in Piccadilly Circus with a giant fat cherub and a tonne of feathers, feathers drifted everywhere and exploding, every nationality under the sun was there, everyone laughing like children 25000 people,
Richard Thomas was there for Aletta’s Trafalgar Square Dance 2008.. 30-40k people and again felt the same sense of joy.

I had to finish the interview off by mentioning one of Richard’s songs, ‘I just wanna dance’ from Jerry Springer. I love it and love singing it, it was only at the end of the interview my brain had caught up to realise that the man in front of me in this impromptu interview had written a song that has amused me and my audiences so many times.

I also podcast interviews and a weekly newsletter via podcast with a 13 minute task. 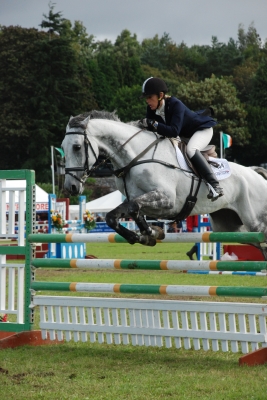 Post 19  of Dream, create and make money in the arts - My Series on becoming a Successful Creative My recent illness... 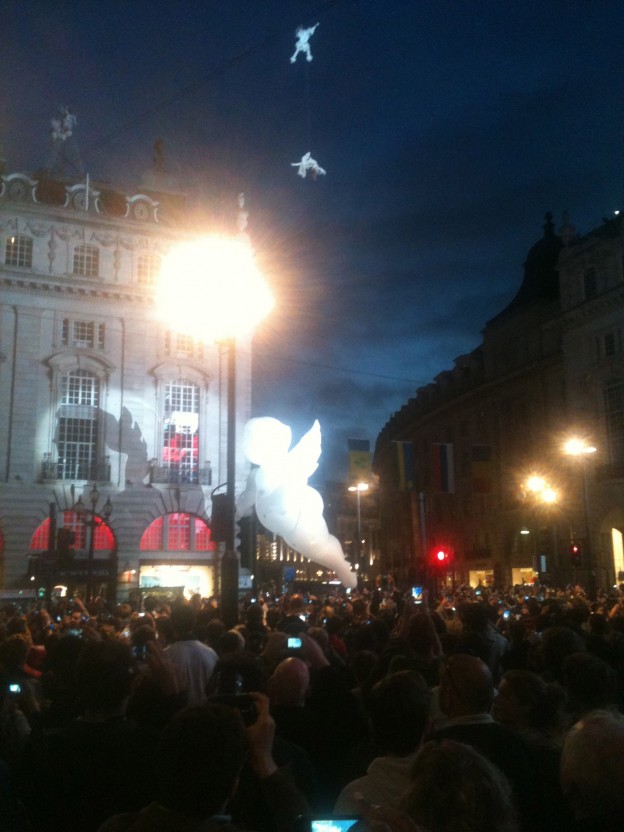