I went to a screening of Rikki Beadle Blair’s new film Free this week and I was blown away not just by the film but by the energy, the dreams and the magic of the man. Rikki spoke of hoping to see within his lifetime a world in which every child in the world, whether in Russia, Nigeria or in the Middle East were free to be who they wanted: that race, gender, sexuality, colour and religion was not a barrier. That indeed the world lived truly free: for everyone to be who they wanted to be, to live the lives they dreamed of, to be loved by the people they chose to love.

I have known of him for years; my great friend and fellow actor Michael Brazil has known him for decades and I once sent an ex boyfriend off to do a course with him as Rikki is renowned for really stressing the importance of driving your own career, improving yourself and fulfilling your dreams. However I did not expect to be so moved by both the film and Rikki’s pre-screening speech.

Free was directly aimed at the Section 28 issues of not discussing homosexuality within schools (see below) as this wonderful film, really 4 short interlinking stories will be shown at every primary school around the nation in the UK. The real message behind all four stories is the freedom to be yourself, to not judge others and that it is acceptable to love who you choose, that family units can be made of many nationalities and sexualities. It will be shown at all primary schools around the country.

He thanked his mum who was clapping for teaching him to have the courage to try the impossible. We all need to have such big dreams and art can do that. The thought that all the primary school children will get to hear these messages through the delightfully colourful stories of Free: of girls and boys choosing the games they play and being who they want to be, of it’s alright to have gay parents, that having a gay brother is something to be proud of, that we are all essentially mixed race, a wonderful conundrum and combination of all nationalities and skin colours. 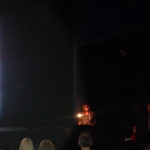 Stonewalll spent four years to raise the funds to make Free, and in the weird small world of acting I was in the new Stonewall commercial that we filmed recently. The commercial is not out yet.

Free is really the follow up to the previous Rikki Beadle-Blair and Stonewall collaboration ‘Fit’ that essentially looks at people’s differences and that we all ‘fit’. FIT is the feature film adaptation of Stonewall’s highly successful play for schools aimed at tackling homophobic bullying – Stonewall with Rikki Beadle-Blair produced FIT, the movie with interactive DVDs. Copies were sent out to every secondary school in Britain by the end of February 2010.

I am also wondering if there was some magic in the waters of South London a few decades ago as Rikki spoke lovingly to his South London crowd where he grew up. Liz Ranken, the RSC movement director and painter, has recently finished her painting of Patrick Robinson the actor, who has been in Casualty for many years, he is also from South London. Ian Wright the footballer is his cousin, and Patrick as an an actor is gong from strength to strength from long term roles on Television, in a landmark casting he was understudy for the part of Romeo at the RSC in 19080 and he got to the semi finals of Strictly Come Dancing last year. I did a Podcast interview with Liz last year where you can see more of her work. 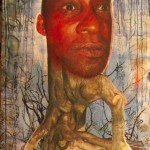 Section 28 of the Local Government Act 1988 caused the controversial addition of Section 2A to the Local Government Act 1986 (affecting England, Wales and Scotland and Northern Ireland, enacted on 24 May 1988. The amendment stated that a local authority “shall not intentionally promote homosexuality or publish material with the intention of promoting homosexuality” or “promote the teaching in any maintained school of the acceptability of homosexuality as a pretended family relationship”.[1]

Lessons from a world champion: don't let fear stop you 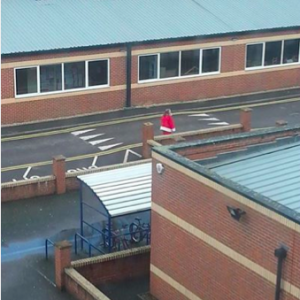