100 Days Of Being An Actress / Actors / Casting / Directors / Exhibit your work / Filmmakers / Interviews & advice / Marketing / Motivation / Musicians / Networking / Positivity and Self confidence / Series on Becoming a Successful Creative / What I've seen / May 6, 2014

Does your system of contacting your network need a rethink? Could you send out a quarterly or semi-annually emails or newsletter out on your creative news, projects and any awards or places where people could see your work?

Earlier this year I finally bit the bullet and started my database afresh. My system of letting relevant people know my news was far too disorganised and I had resorted to looking at my Contact’s book (the list of casting directors & agents) and the notes I made in it each year along with odd notes in various address books and email lists. So in January I started a new database and have started plugging the information in as I go. I can still be pretty lax and I am not writing in everyone I work with, largely as it can get overwhelming with some cast and crew running to large numbers but I do feel more organised. I still haven’t thought on or done mass mail-outs though as I want the personal touch, notes on where I met them or a comment on our last conversation rather than sending many more standard emails.

What could you write to your colleagues and industry networks that is news that is interesting and worth mentioning.

It is much nicer to send an email saying

rather than  ‘here is my new headshot‘ or trying to scrap up non existent news!!

Day 4: Being my own personal assistant and secretary

I am having to do this email mailout today and tomorrow as I heard at the end of last week that an episode of a show I am in ’50 Ways To Kill Your Lover’ , directed by Jeremy Freeston is being screened this Friday so I want to let some people know that they can indeed see me on the television.

My family and friends are very excited, more than me to be honest as I guess I am used to being filmed, doing the work but there is always some legitimacy attached to being able to turn on your TV at a certain time and see someone you know there as opposed to me saying ‘oh I have just done a short film and it is being submitted to festivals‘ or ‘I am in this music video or commercial‘ which indeed I am, as with the yummy mummy at the end of this 15.5 million viewers and counting great music video from The Vamps directed by Nick Bartlett and produced by Pixelloft (I am only in the last 30 seconds!)

Or indeed this amazing commercial I did in February, narrated by Sir Ian McKellan and directed by the multi-award winning Joanna Bailey of Bare Films for Stonewall’s No Bystanders campaign
I am this at  0.39-0.42 seconds

I am not going to go mad on the email front as I don’t have the time, I am now doing some last minute filming this Thursday and Friday so I have a script to look at, think on and learn tomorrow plus I have been short-listed for a corporate job today and am working out how those possible dates may also allow me to go to Cannes Film Festival next week for four days. I did think that doing a couple of these blogs from Cannes would be cool but of course they would probably show  the very glamorous side of acting that I am determined to disprove in this hundred days of posting. Acting is a freelance job and unless you have the most amazing agent and CV already, you are constantly hustling and hoping 😉

Even saying to my extended family this evening at my niece’s 6th birthday that they can see me on TV Friday night, for them it sounds exciting, for me I acknowledge the duty I therefore have to let the relevant people know to set their Sky recorders. Even if my email  just reminds them I exist rather than them watching it 😉 It is much nicer to send an email to say come to my show or see me on TV rather than here is my new headshot or trying to scrap up non existent news!!

What news can you send out to say 20 people in your network this week? 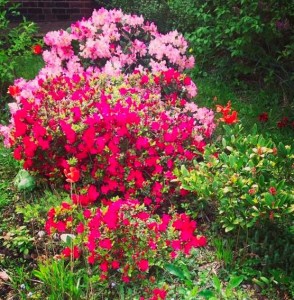 If you want to get involved with this project of tracking the next 100 days of being an actor, singer, writer, film-maker, painter etc then here are the full details.  100 days of being a creative     Or just start today, use the hashtag #100days So please do one thing for your creative career today and I’d love to hear comments and feedback. 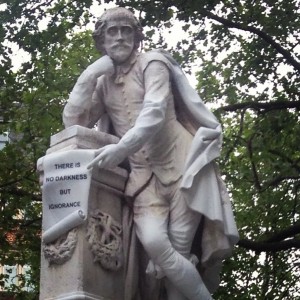 Have you worked with a director, producer, collaborator or creative partner that even now when you think of the experience... 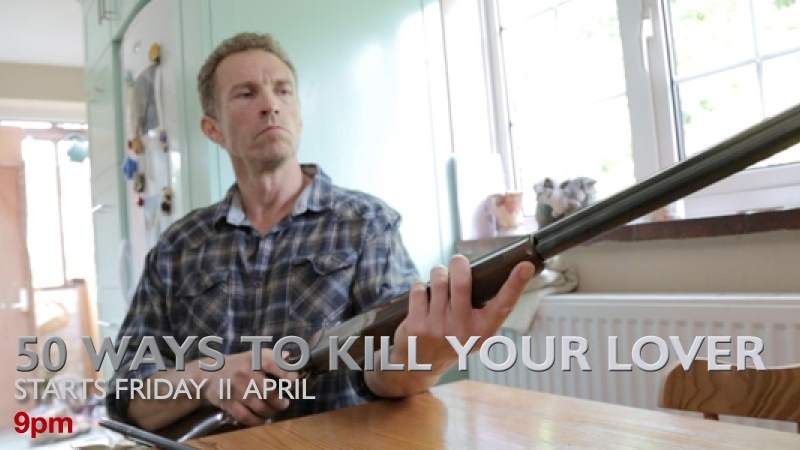