I have done a crop of short films recently, (June revision – 7 in the last 3 months!), some with students and others with more experience but low budget/indie.
Here are my top tips from years of doing this. Most of the advice is also very useful when shooting commercials and feature films but they apply even more to low budget, indie films or student shorts where the directors are ambitious, focused but may be learning themselves how to tell the story they want, how lighting can affect the scene, what shots they need or the having limitations of a very tight budget.Follow these and you will enjoy the experience more and be far more likely to get rebooked by one of the crew or cast members in their future projects. 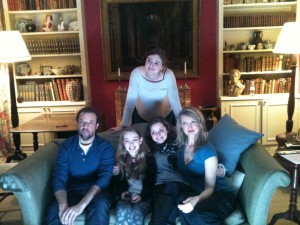 Never forget with low budget and student films, that the crew (and often some of the cast who may have been roped in as a last minute character) all have passion for film and stories to tell, plus the determination to actually stop their lives to make films. It is hard to get introduced to the famous directors, so having worked with one as a DOP (Director of Photography) or a first AD (Assistant Director) in the past can be very useful and you want them to have a great memory of the experience of working with you, as well as you having your expectations set so to not get thrown off guard. 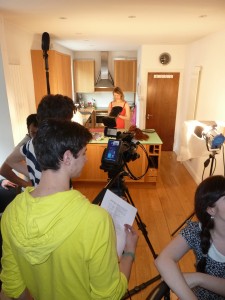 Setting up the shoot

1) The script will have last minute changes.
Expect to have to learn new lines very quickly. Some directors want you to improvise with lines but I always have as an absolute rule to go on set knowing the words inside out. Expect that you may not see the final script til midnight the night before. So practise learning lines quickly and how to grab sense, intention and character from the meaning.  I will blog on this another time.

2) The Makeup/Hair Artist may not know what she/he is doing.
Often on low budget the makeup artist, if there is one at all, is also in training maybe at the school next door to the film school or is just a friend there to help. So be patient, helpful and the more you can turn up with your hair washed and ready to go, with some foundation and that suits you, the better.

Learn about what works for your face and hair and buy the products. Ideally initial them as it gets crazy on set. Be prepared to do your own makeup (MAC do lessons). This applies to men and women.

Particularly learn how to frame your eyebrows, it really makes a difference.

3) You will provide your own clothes.
Keep a case of ‘vintage’ or charity shop  clothes, shoes and gloves that you can rifle through to create characters for the set or even the audition itself. You may never wear those cream low heeled shoes but a character probably will. I have even had to take stuff in for nationwide commercials to help out costume, especially with tighter squeezed budgets. 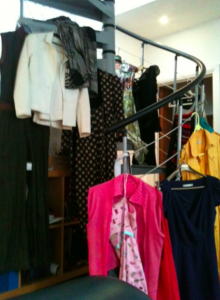 4) Learn everyones’s name.
Repeat everyone’s name back to them as they introduce themselves and in the first few hours try and say their name back as much as possible and ask on that first day if you have forgot. This especially applies to the crew. On a few day shoot its far nicer to call the continuity guy by name, and the DOP you definitely want to know his/her name, they control the shot!

5) Accept that there will be long waits and then terrible rushes.
So take in a book, knitting or your phone and just be relaxed. Don’t make theatre plans for that night even if they say earlier it will definitely be finished by 5pm. Enjoy the experience and don’t stress re time. Be unfailingly polite and open to new ways of trying a scene, even if you don’t think it will work.

6) Know when to shut up
When there is a rush to set up the next shot or they having technical issues, stay on set, be quiet and focused. No iPhones or anything. You as the actor are the least important person at that point, they just need to get the shot in the can with the right lighting. I have been booked by a big TV and commercial director a few times now and I am sure it is because when all hell breaks loose with lighting or a shot doesn’t work, I just stand in the corner, keep quiet and am 100% ready to go as soon as they need me. 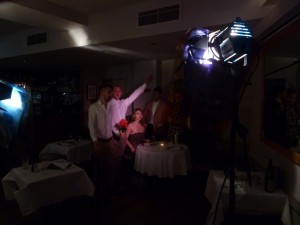 7) Be prepared as possible on your character and her wants
As per above ‘You as the actor are the least important person’, be as prepared as possible with the script and what each scene demands from you. I had to film 5 dates one after the other in about 3 hours on Sunday, with just time for a makeup, hair and costume change in between and then I would sit down for the next ‘date’/scene. Hence knowing  in advance what was needed from me, what the story the Director wanted to tell in each part was vital as I could then switch on. There is no time to prepare or be in the right mental space, you need to have done the prep work first.

8) Listen and learn.
You can learn a lot about camera angles, story telling, character development and lighting as the students themselves work out what works or on a low budget the quickest route to tell the story. So again listen and learn, Clint Eastwood learnt about directing from being an actor watching the director and the film making process. Even if you don’t want to make films, you as the actor will learn a short hand in how to give them the bits of character they need in that particular moment. 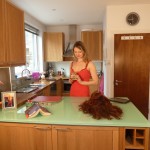 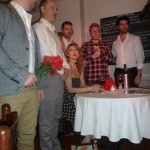 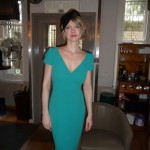 9) Avoid the muffins.
If you eat too many cakes, croissants, muffins etc all day you will crash in the afternoon and also get fat over time! You are an actor, nourish your body. The crew can eat all they want, you need to be aware of your casting type and health. So take healthy snacks with you so you don’t gorge on biscuits!

10) If you have food allergies take some food you can eat.
Even if they have asked and  agreed to accommodate your allergies with the food they provide, dont expect it to happen. I have a real wheat issue but often in the rush the caterer (aka the director’s mum) forgets. No worries if you have food with you, be relaxed about it but take appropriate food so you don’t starve! So fruit and oatcakes, jar of peanut butter, I even bake my own Marysia Oatcake recipe often at 7am for long term energy on sets. 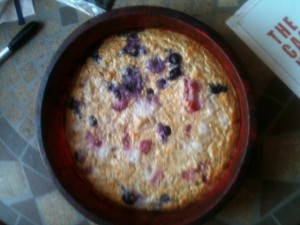 11) The Director is GODDESS/GOD
Some directors will be very open to your character suggestions, script changes, others not at all. When you first meet and then agree to do the part try to judge this so you don’t overstep the bounds. It is their film. If you strongly disagree with makeup, costume, a line doesn’t work then of course say something. However the director is Goddess or God on set so be polite,  be clear about why you have an issue or a better way  and if they still disagree with you, shut up and follow their directions. There is nothing worse than an actor who constantly interrupts when there is a major set up disaster with lights and time is running out as they have to let the child and her chaperone off set by 7pm.

12) Network by being open and friendly to all
Shorts are a great way to network with film makers and other actors. Try listening more than you talk (I am still working on this myself!). I always learn something new from each set whether it is a new casting service from another actor or a technical perspective.

13) Get your travel expenses before you leave the shoot.
Its unlikely they will remember to pay you afterwards. If the arrangement is that they will transfer money afterwards, take pics of your receipts and expense sheet, even on your iPhone so you have it if required. Plus you may need it for your end of year taxes.

14) Make notes the day after
After each short film or production make some notes on what you have learnt, names of cast and crew etc that you can refer to. The main actor on this weekend’s shoot gave me this advice, he is in his final term of a Masters in Film/TV at Drama Centre, and this is what they are all taught.

15) Get a copy of the film
Hopefully you will have a copy of the finished product that you are proud of, but if you end up on the cutting floor or it is not showreel that you can use then at least you will have learnt something and naturally networked. Plus you have actually acted and people have chosen to film YOU rather than the hundred’s who have applied even if they not paying you.

Four weeks after a short film is normal editing time so then politely send a chase up for the copy of the DVD.  Then once a month after I suggest you do so, always politely! This can be a real nightmare so keep asking, you gave up your time and of course your highly trained self so require them to keep their word to give you a copy of the film.

If you follow all these then hopefully you will have had a great learning experience and leave the set with a set of new friends and colleagues who will think of you with pleasure as opposed to that ‘nightmare actress’ 😉 You will have had a great time, especially now your expectations have been set correctly and the director will think of you with fondness for having helped her project be the best it can be. Happiness all round!

If you have anything to add, mention a learning experience or ask please feel free to comment below 😉 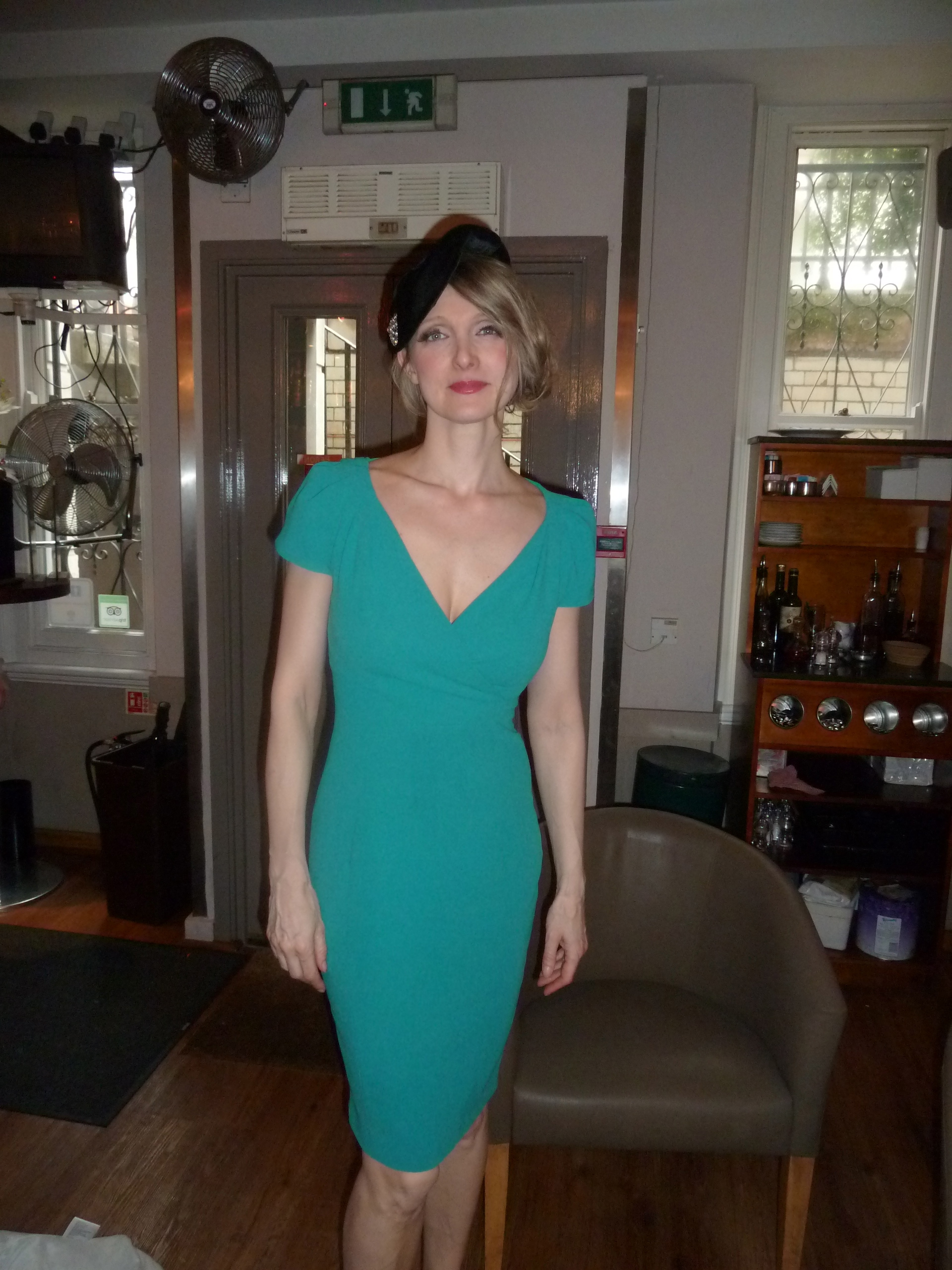 Here is my second ever podcast - woohoo ;-)  and my first Weekly Newsletter to keep myself and you  focused on creativity.... 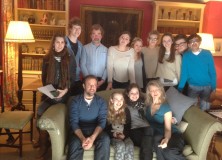