The word ‘inspiration’ is from the Latin inspirare, meaning “to breathe into” and this talk really did breathe life into my creative soul and remind me of the joys of living a creative life. These two fabulous actors reminiscing of the past demonstrated so clearly that you have to be an actor, not that you choose to be one.

Timothy West’s career has been one of 50 years of stage, screen, radio and most recently appearing in Coronation Street. He wrote his autobiography over ten years ago at 65 and on its reprint had to write a further chapter as he hasn’t stopped working.

Timothy West wonderfully describing the four week rehearsal process pattern for a new play:
Week One – Everyone else is wonderful but you can’t think why you got the part.
Week Two – You think you are getting on well but that the play is not good.
Week Three- The play is fine but the director hasnt got a clue.
Week Four –     The play, director and you are fine but why are the rest of the cast determined to make you look terrible?
Dress Rehearsal – Why is the costume designer trying to ruin your acting and ability to move?
Opening Night – You, the cast, the play, the direction is all superlative but why have the audience all got the ears of a deaf Chinese Eskimo who doesn’t understand a word of English?
End of Week One of shows – You, the cast and the audience are all wonderful but what on earth is wrong with the critics?
Conclusion ‘There is always something wrong and to complain about”
Simon Callow’s review of Timothy West’s autobiography

The tales they told of Touring Rep companies, recollections of badly behaved directors, actors and shows that ‘were a huge success to those that came, just not many actually came” were just entrancing. 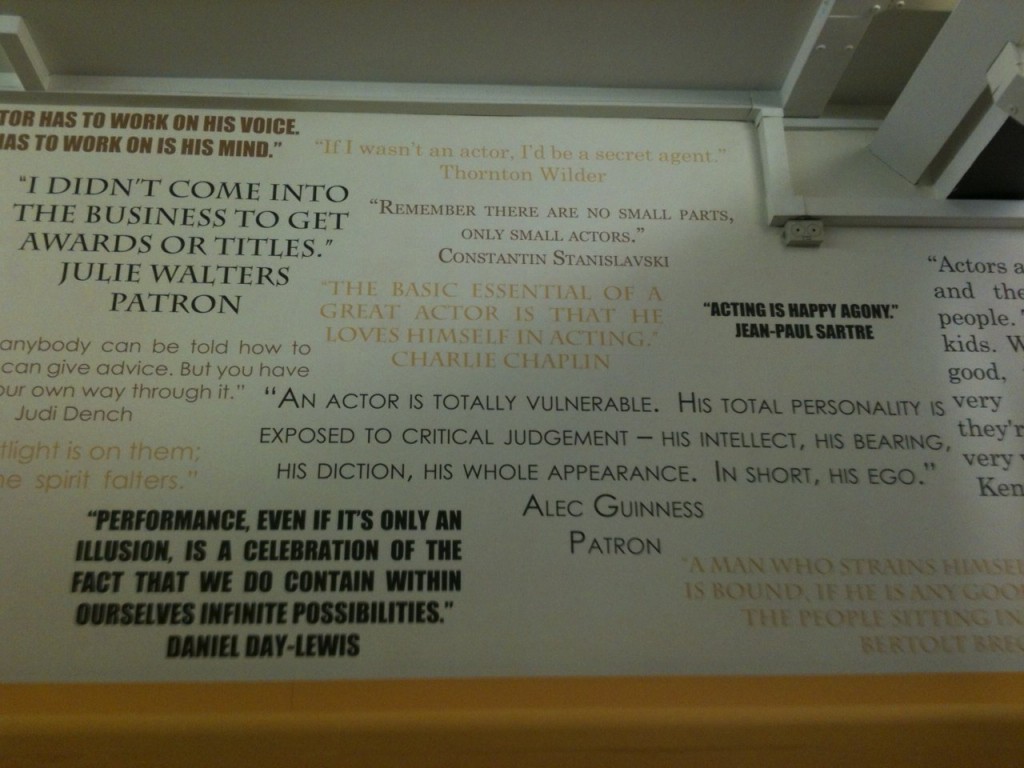 Some highlights were
Timothy West  whilst working as a sound engineer at EMI was told by his boss that given he seemed to be spending all his energy in Amateur Dramatics that maybe he should go do the thing that he spent all his waking hours thinking about. TW said it was the nicest thing anyone has ever done for him, effectively being fired!

Timothy West saying it is necessary to find ways of surviving bad directors.

In Marat/Sade a play set in a lunatic asylum the director Peter Brook had given all the actors a choice of their own mental illness and medication. TW chose to need to be sedated heavily. Hence he was thus able to spend most of the time on stage asleep until woken up by another ‘inmate’ to do a musical number.

Timothy West has played King Lear three times, Macbeth and Uncle Vanya twice, and each time he discovered new things and changed his mind as to character choices. A consultant doctor wrote to him and said that all the symptoms that Lear exhibits is of arterial scelerosis, not dementia as is often thought.

Timothy West talked about nights when one knows as an actor that you are being superb, your voice is working well, its a superlative production… that is always dangerous and that’s when catastrophes of language and acting occur.  “Never be overconfident or too pleased with yourself.”

I asked Timothy West and Clive Swift advice on continuing to keep moving in a creative career when it can be so unstable.  Timothy West said to do a variety of things, the more you do in lots of different styles and in different mediums, the making friends and contacts then work will come. Plus it should be a lot of fun!
“Keep going, there will be surprises in store!” he said

Clive Swift said  “spread yourself blindly in every bl***y direction and write to people.”

Timothy West ‘If you have to be an actor, you will be. You have got to want it more than anything else and know you have given it a real try”

If you want to read more try:

Podcast 09: There is no room to be a dilettante + newsletter

13 minute task of the day
Going to inspiring workshops or talks can remind you how important  your chosen art form is to your actual sanity.

*Set your timer
*Look online at what local talks, workshops or maybe there’s a class you can go to to inspire yourself.
*If you live somewhere remote or have no spare money, have a  look on Youtube and see what interviews are up on someone’s work you love or want to learn more about. Is there a documentary about a favourite artist, a Youtube collection of their work, press on a new showing or book they are promoting?
*Find someone you admire and get inspired.
*Ensure by the time the buzzer goes off you have either watched something or booked something to go see or do in the next few weeks.

Any questions for novelist Jason Hewitt? 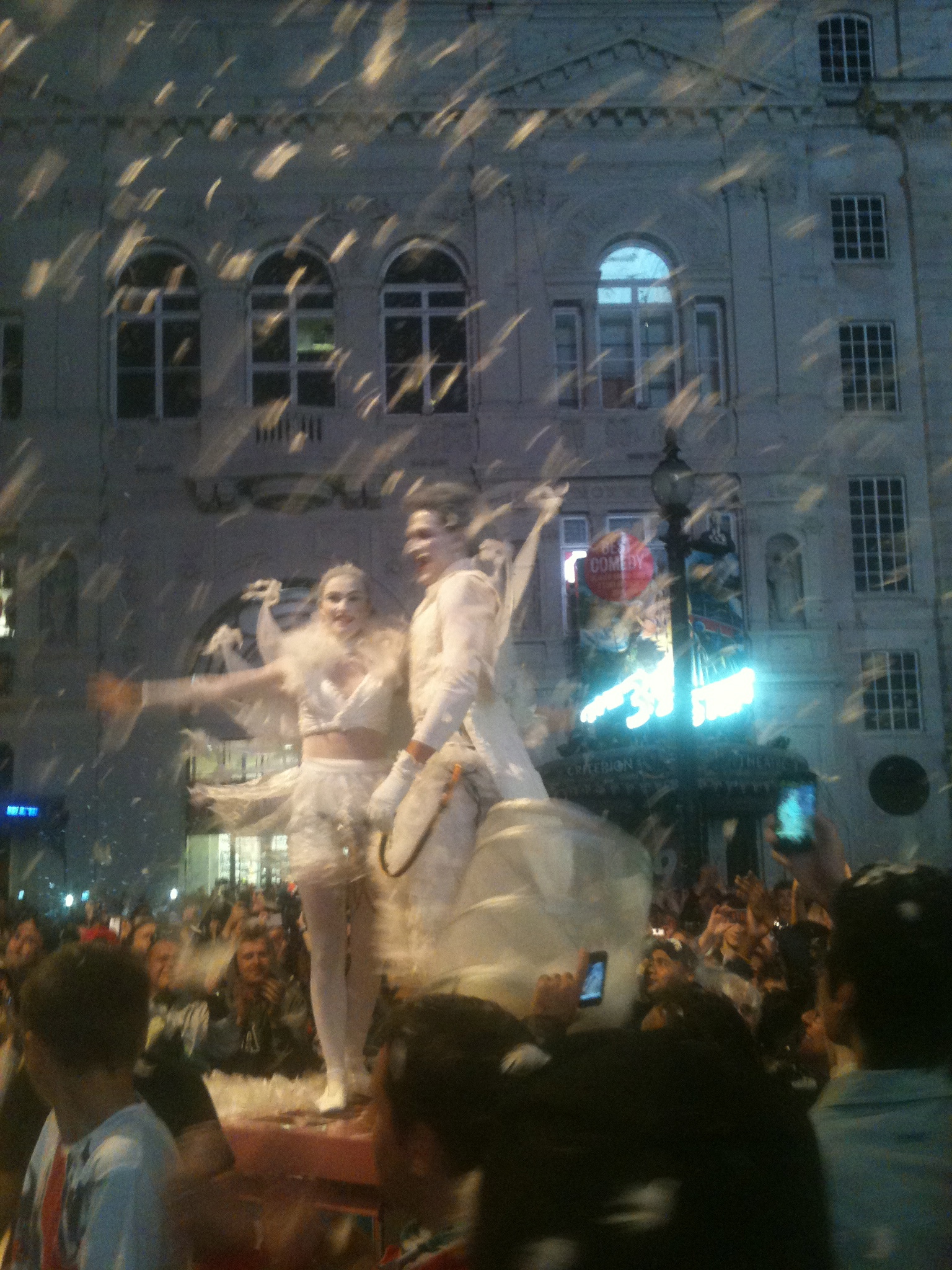 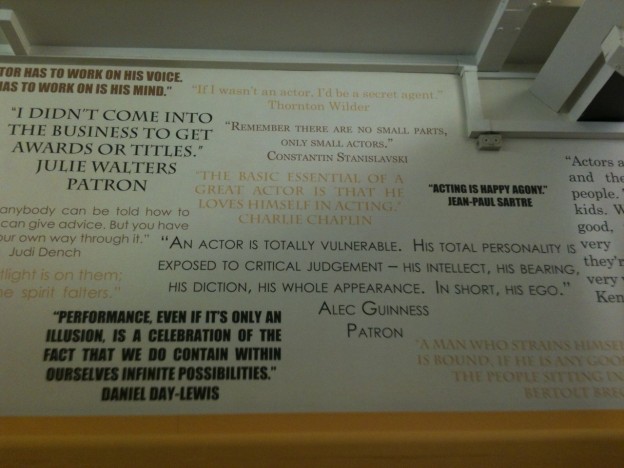