Gratitude / Positivity and Self confidence / December 6, 2013

I remember singing a song in Swahili at the Royal Festival Hall about Mandela. The lady who taught us was there when Nelson Mandela was released. She said that when the people heard of his release, the whole town ran through the streets all singing songs of celebrations. They gathered round his house and then they all started to sing the same tune, this very song she then taught us. The lyrics translated as ‘Nelson Mandela, oh! what a great man/gift you are’ Still get goose bumps just thinking about singing such a song, though I just tried singing it and I can’t, I am surprisingly emotional.

Great article by Daisaku Ikeda on his dialogue with Nelson Mandela and his incredible heart, fight and compassion here. A clip of that article below here just kills my heart and then it gets reborn: calling his grandchild Hope after all that.

‘By far the cruelest torment he had to endure was his inability to aid his family or shield them from the incessant persecution of the authorities. The Mandela home was attacked and burned; his wife was repeatedly harassed, arrested and brutally interrogated. Mandela was in prison when he learned that his mother had died of a heart attack. It filled him with immense pain to think that she died still worrying about his safety, as she had throughout the long years of his struggle for freedom and dignity. Shortly thereafter, he was told that his eldest son had been killed in a highly suspect automobile “accident.” This was almost too much for even Nelson Mandela to bear. He mourned alone all through the night.
Yet throughout it all, he refused to abandon hope. In 1978, sixteen years into his imprisonment, he was finally able to have a direct meeting with his daughter Zeni. She had married a prince of Swaziland, thus gaining the diplomatic privilege of a face-to-face meeting, without the thick walls and heavy glass that had separated them in the past.
Zeni brought her newborn daughter with her. Embracing his daughter, Mandela felt a charge of emotion: the last time he had hugged his daughter she had been as small as the infant accompanying her that day. Throughout their visit, he held his granddaughter in his arms. As he later wrote: “To hold a newborn baby, so soft and vulnerable, in my rough hands, hands that had for too long only held picks and shovels, was a profound joy. I don’t think a man was ever happier to hold a baby than I was that day.”
Zeni asked him to name the child. He chose Zaziswe, “Hope.” Hope had been his constant companion over the long years, the friend who had remained faithfully by his side in prison. Looking at his granddaughter, he thought of the future and how, when she was grown, apartheid would be a distant memory; of a country not ruled by whites or by blacks, but where all people would live in equality and harmony. He was thinking of her and her generation walking proudly and fearlessly under the sun of freedom. With these thoughts swirling through his mind, he named the tiny baby “Hope.”

What an amazing man and if you haven’t read his biography ‘A Long Walk To Freedom’ it is well worth the time.

As President Mandela says: “To be free is not merely to cast off one’s chains, but to live in a way that respects and enhances the freedom of others.”

Beautiful Mutants ;-) How to Recognize Your Extraordinary Gifts and Abilities 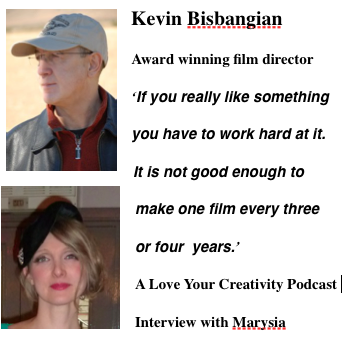 Podcast 29: This is a podcast interview I did with Kevin Bisbangian, award winning film director. I have worked with Kevin... 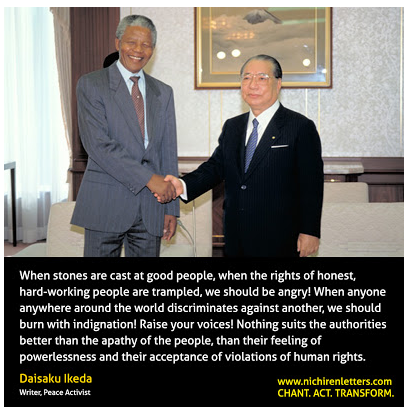