I am having such an extraordinary week of successful, out there in the world, creativity; it would be weird but I am aware that I have been working so hard on acting, singing and creating forward movement that maybe I should not be surprised.  The truth is that work begets work and the more you do, and can say ‘yes I am doing this, that and ….’, you feel confident in your own ability, the ‘No’s’ do not hit you as hard; you can just shrug them off as you focus on the next project in hand. You create all sorts of wonderful possibilities. The hardest thing is to start the stone moving, keep it rolling forward takes a lot less though constant effort.

What seems to be super charging me  is that a few weeks ago I decided to be sat at my desk at 9am to do 4 hours of ‘work’ relating to my acting and creativity. So Monday to Friday (with the exception of last Friday when I staggered in from partying at 5.30am) I have done 4 hours each morning of:

I have noticed I have had the words ‘ your impressive showreel‘ or ‘I was very much impressed by your showreel‘ in a lot of emails to me, so I know that part of the equation is good. I took nine months last year to have the courage to watch myself on film and get my showreel edited together, I am not sure it is that great but at least people can see me do my thing 😉 In the last 4 days

My BBC Radio 3 singing (even typing these words makes me laugh as I know several of my old singing teachers will be rising from the grave yelling ‘No! Don’t let Marysia near classical music, she does not have enough respect!!) I sing at the Royal Festival Hall as a soprano one (basically the highest notes) on an as required basis. My favourite bit was the gorgeous world premiere of Neil Hannon’s  from the Divine Comedy’s ‘To Our Fathers In Distress” at the Royal Festival Hall this weekend. Link to BBC Iplayer    It starts from 1hr 17 min onwards in programme (we sang hymns and stuff earlier!!)  its lovely stuff and singing with the BBC String Orchestra was amazing, plus earlier in the show there was an amazing interview with the incredible and lovely Neil Hannon, Rebecca Miller stylishly and brilliantly conducted and I have to thank Lea Cornthwaite for being such a fun Chorus master.

Also on this link Neil hannon’s wonderful rendition ‘Our lord and father of mankind’  is 27 minutes in and we sang two hymns as well. 11min 22 seconds in  and also 35.08 min in. For more details on Neil’s wonderful work see my post here Picture of the BBC Maida Vale Studio One, about to rehearse with the BBC String Orchestra 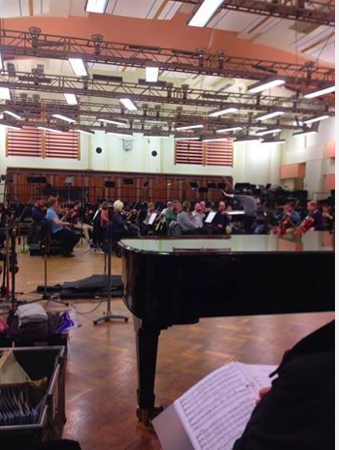 I was also asked to sing in a very small choir on Sunday for the BBC Radio 3 programme The Choir. Radio 3 have a temporary studio set up at the Southbank so we sang in the cafe whilst being broadcast live the first two movements of Durufle’s Requiem Sunday The Choir Radio 3 – 06.00  to 13 min 13 secs Link to The Choir BBC iplayer The Stonewall hard hitting 60 second short film has just been released and it is very hard hitting and really makes its point. Joanna Bailey, a multi-award winning commercials director, directed it and it was made with Bare Films and The Gate Production.

At Stonewall, we want to put an end to bullying, abusive language and discrimination of all kinds. This 60 second film, narrated by Ian McKellen, shows why we need to do just that. Watch the film, join the No Bystanders movement and take a stand. #NoBystanders NO BYSTANDERS

You can catch me at 0.39-0.42 seconds being abused and abusive, not easy to do as an actor especially on the streets of Stratford East. We had policemen on set just in case but there were no issues thank goodness with passers-by. It was a very cold day but somehow I managed to keep warm with lots of coffee despite my lack of a coat, everyone else was all bundled up in parkas, hats and woolly socks, It is amazing though how you do not feel the cold until you stop acting and your focus! 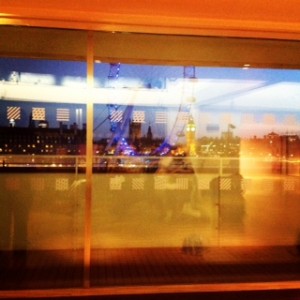 When I am not being an actress I love to sing, now it's more a hobby than anything though I have trained a lot (just ask my neighbours).... 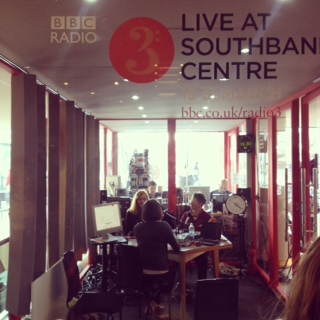