I write this on a train to Bradford to get murdered. Indeed I am acting in another short film and let’s just say there will be a long dark night in a forest 🙂 However I have just read the great book ‘The Icarus Deception’ by that god Seth Godin and it has left me knowing that I need to write and complete my own next project. Make the show I want to make. I am having a great time acting on other people’s short films though my yummy mummy-ness can get a little wearing, it is time to stretch my creative and acting skills more.  Last weekend’s singing of Neil Hannon’s new work ‘To Our Father’s In Distress was wonderful but it has left me needing to write some music. I have ideas for my next four shows which will have both characters and music in and I need to get brave and start them. I know this early resistance is there to stop me, I know of the work that lies ahead, how fear shows up in inertia.

As Seth Godin says you need to learn to ‘dance with your fear’, accept that it is part of making art.

So what artistics project(s) are you refusing to tackle?
Do the following

What is pushing me personally further is that this morning at my 5am alarm call (who ever said filming was glamorous!) I saw the first production still from Shudder had been posted, as above. In October 2013 I was involved in this edgy green screen short. Just the making of it was a mammoth task, I had auditioned for it in April last year and then Rob Ride the director and Tom Booth the producer had locations cancelled, a huge crew to assemble, a set of destroyed cars and green screens to set up. Plus of course there was also  makeup/costume issues of us all looking as if we were war photographers in Syria. 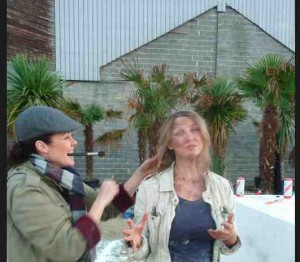 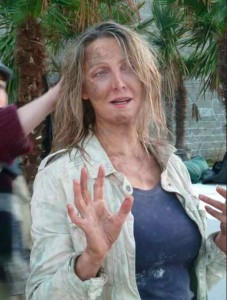 Rob Ride has had this idea for years since film school in Australia where he and Tom studied together and the short will be probably a further six months in post yet. Rob has worked on the Harry Potter movies on all the visual fx so you know that his world building skills are amazing. Finally the two of them have stopped talking about their project and are mid the mighty battle of making an incredible high end ambitious hard hitting film that needed huge crew, time commitments and most of all grit. All of it on their own budget.

After the shoot was cancelled in the summer due to location cancellations they ran a successful Kickstarter campaign to raise money to feed the cast and crew something other than porridge with one of the coolest awards being ‘Master Of Explosions’. Even now six months out of the shoot Rob Ride and maybe some elvish helpers are working late nights, around other work to get this labour of love done to the level he is ready to release it in the world.

I got to do a Bruce Willis, basically striding through bullets and explosions looking unperturbed although covered in dirt and blood. So much fun. I was actually in the Air Training Corps as a teenager as I wanted to be a fighter pilot so I used to love getting covered in cam gear and crawling through the undergrowth, shooting rifles and indeed I have flown a Spitfire (dual control) but pretending to be a hardened war photographer was crazy fun. It felt like proper acting especially after Heidi the stills photographer gave us a lesson on how professionals hold their cameras in the field.

Our 5.30am call time had us being completely covered in mud and dirt by Julie Cooper and her hardy team of makeup artists. Having MUDD face mask applied as my base foundation and coconut oil smeared in my hair was interesting. It was a weekend shoot and I was also in the first week’s of a run of a play ‘Unrelated’ as well as having to have on the Wednesday my seventeen and a half year Bengal cat Safra put to sleep leaving me pet-less for the first time in my life. So I had come off stage at 10.15pm both Friday and Saturday night and was up super early to shoot. But I loved it, this is why I am an actress, I love acting, the creative teams, the crazy projects, the acting and even the damp muddy clothes I was made to wear at 6am. The more ambitious the project the better 😉

Even my audition was a trip, Rob said

I can’t wait to see the finished product but this still is the first released, I am at the right almost camouflaged against the wall. I gather the film is being rotoscoped- which apparently is what they did on the Disney films, drawing on each frame so it will be a painstaking task of love. From wiki

Rotoscoping is an animation technique in which animators trace over footage, frame by frame, for use in live-action and animated films.

This photo alone is worth the memory of Tom Booth waiting to drive me, completely covered in dust and mud at 5.15pm at the end of a long but brilliant day’s shoot  to his girlfriend’s house so I could trash her bathroom in an effort to get the mud out of me and my hair so I could then travel from Mile End to South Kensington  to be on stage looking poised and well groomed for a 7.30pm opening!

I have two finished novels as well as an album I need to get out and yet the lure of my new not yet started projects are a siren’s call where I am more focused on the ship wrecking life changing qualities of their call but their insidious song is getting louder. How can I expect to change the world if I don’t say what my artistic heart wants me to say?

So please take five minutes now and just write down what, if you had time, you dream about making. Then find the time by making your dreams a priority. 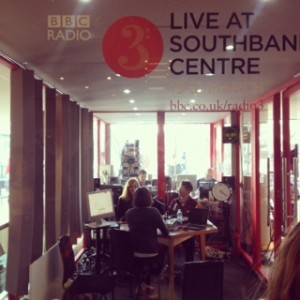 I am having such an extraordinary week of successful, out there in the world, creativity; it would be weird but I am aware... 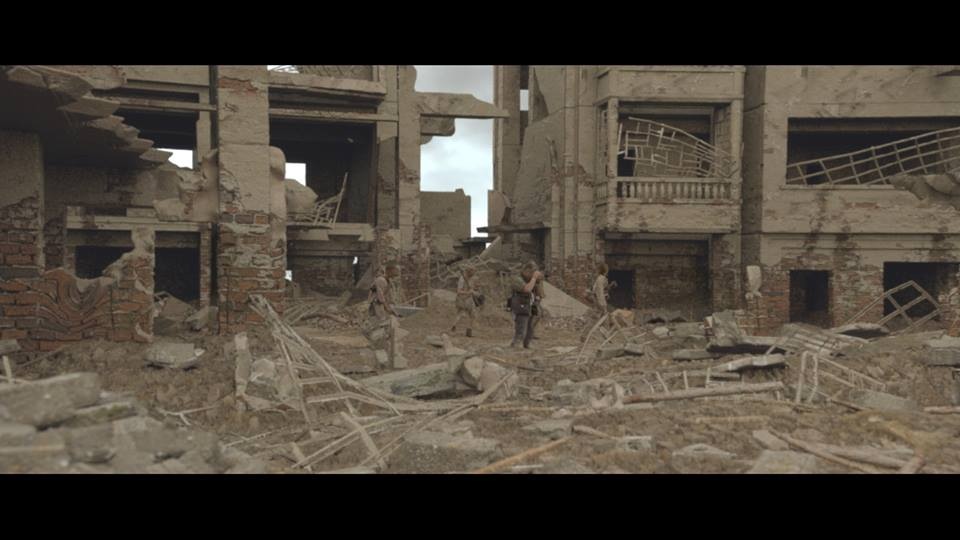