The wonder of costume

I just filmed a commercial with multi award winning director Joanna Bailey. It is all NDA so I cant give any details yet but I can say it is a great script and amazing crew and I loved my costumes! Nothing like the joy of dressing up.. or in this case being dressed up. I was reminded of the power and genius that a great costume department can bring.
Indeed the V&A in London did a great exhibition last year on Hollywood Costume
“Costume designers are storytellers, historians, social commentators and anthropologists. Movies are about people, and costume design plays a pivotal role in bringing these people to life.”

There are some great books as well on this subject and how so many great films characters are in part due to the costume department. It is a subject I am learning about bit by bit from being dressed and indeed dressing my own characters. Actors are renowned for how important the shoes are, they convey so much about the character and of course establishes the walk of the character, from heavy boots to red stilettoes. I do wonder how much Johnny Depp had to do with his Jack Sparrow character, I like to imagine it was a glorious collaboration between the actor, director and costume department as they wondered how many skull scarves and necklaces were appropriate as well as easy to fight in!

I remember Sir Timothy West at a Q&amp;A I was at The Actors Centre giving us a glorious run down of the process of a rehearsal into a play, and the costume department did not go unmentioned!

Week One – Everyone else is wonderful but you can’t think why you got the part.
Week Two – You think you are getting on well but that the play is not good.
Week Three- The play is fine but the director hasn’t got a clue.
Week Four – The play, director and you are fine but why are the rest of the cast determined to make you look terrible?
Dress Rehearsal – Why is the costume designer trying to ruin your acting and ability to move?
Opening Night – You, the cast, the play, the direction is all superlative but why have the audience all got the ears of a deaf Chinese Eskimo who doesn’t understand a word of English?
End of Week One of shows – You, the cast and the audience are all wonderful but what on earth is wrong with the critics?
Conclusion ‘There is always something wrong and to complain about”

My full blog post appeared here
My great friend and actress Janet Amsden, who was recently on BBC over Christmas in the Vanessa Redgrave and Olivia Coleman helmed ”, once said to me (as we were discussing the crazy lengths a friend of mine was going to with her wedding: the right photographer, the gown, the makeup artist, the self tan, the hair and eyelash extensions…)

‘For many women, their wedding day is when they want to look their best ever. It is when they are most looked at, the photos will be kept for ever. As actresses we have first nights and premieres, so we get to do all that primping a lot’

She is right, I am getting used to all the fuss over how people want me to look, sitting in a chair having my hair and makeup done and people looking at me with the eye of how I look on screen. Costume people discuss how an outfit works for the character, how I may clash against the walls, how a certain handbag tells a story, make-up artists beautify or age me. Maybe that is why I don’t understand the wedding fuss as when I am not in front of a camera I choose to look like an athletic tramp on the way to the gym. I turn up to shoots with no makeup on and my hair in loose pins because I know they are going to weave their magic!

Andy Blake though, the costume designer on this commercial shoot and his assistant Christina came up with some great options and I loved working on it. I cant publish any pics etc yet so the header picture is one taken last summer. The last 12 months have been a wonder of outfits, a few of my favourites below (none from this commercial though!!) 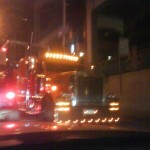 Don't Just Give Things Up for Lent: Do More of What Works! 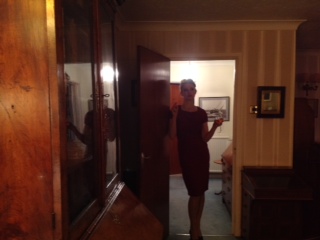 Here are some pics and a 6 second Vine from Closer Than Home, a short film set in the 1950s that I was filming in Southampton...